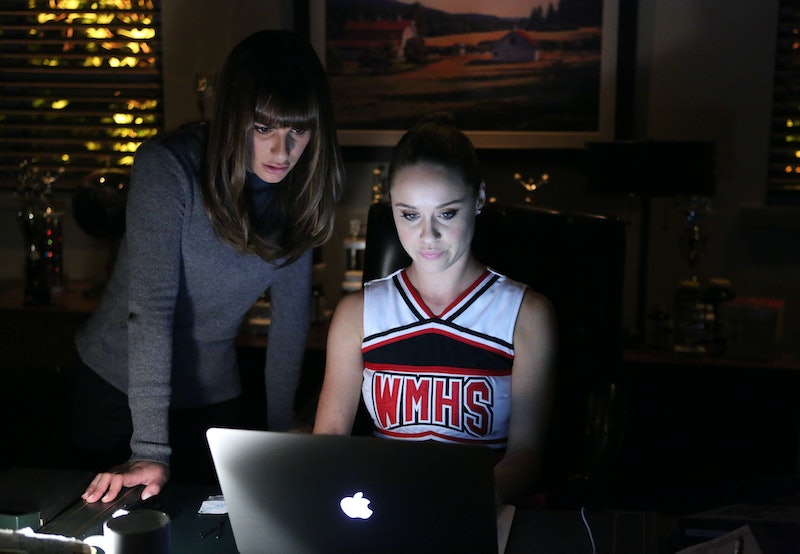 From the appearance of Kitty Wilde on Season 4 of Glee, I was worried about the character. Was she basically going to be another nemesis to the main girl character (Marley at the time) like Quinn was with Rachel, except with the extra bitchiness of Santana? Were we basically watching history, and the show, repeat itself in the most boring way possible? Thankfully, despite Kitty's sometimes terrible actions and the show's sometimes terrible story lines, the character turned into a real, even sympathetic woman who had real emotions and dealt with legitimately serious issues. She became admirable in her own way. And fortunately for us when Season 6 began, Glee didn't give Kitty the opportunity to revert back to her formerly obnoxious ways. In "The Hurt Locker, Part 2," after finally explained her fears to join New Directions again, Kitty is ultimately poised to become Rachel's biggest helper in solidifying the glee club at McKinley for good.

After Carmel High and Mr. Schue proved that they would not be taking it easy on the McKinley High kids during their invitational competition, Rachel and Kurt knew that the only their kids could even remotely compete is if they had kids on their side that knew what they were doing. That only meant one thing: Bring Kitty back. The job proved to be easier said than done as Kitty wasn't ready to be abandoned once again like she was the year prior.

Kitty's words were real and heartbreaking as she explained that not only did she feel like her New Directions family just left her greener pastures, but she didn't believe that Rachel was actually reinstating the glee club for the right reasons. She said that when she joined New Directions while Mr. Schue was still the leader it made sense for her to take a hit in her reputation because she knew that Mr. Schue cared about the music, the camaraderie and the future and happiness of his kids.

But there was nothing in Rachel's history that proved she could be bothered to stay. Kitty showed true emotion and desperation when she told Rachel that she loved to perform but that it didn't make a difference if she didn't feel the support. Somehow Rachel was able to convince her that not only would she be leaving the kids again for selfish reasons, she wanted to work with Kitty to make sure that the glee club would become a permanent staple at McKinley, regardless of what Sue Sylvester tried to do to take them and Rachel down.

Kitty not only helped Rachel break into Sue's office to find the perfect setlist for their invitational competition, she also supported Rachel to her fellow glee clubbers and showed a true, unbridled joy while singing and later winning the competition. Rachel has been taking a lot of flack from Sue lately in Sue's "Operation Break Rachel's Heart & Destroy The Glee Club," but if anyone can help her take down the biggest bully ever to roam the halls of McKinley, it has to be Kitty. Rachel admitted that the New Directions needed a "head bitch" to whip the kids into shape, and Kitty's passion, compassion and sassiness are the perfect mixture for the head bitch 2.0.

Thanks to Rachel and Kitty finagling, they've helped quell Sue's rage by using songs that made her emotionally vulnerable and helping her purge her inner hatred and anger. Does that mean that Sue's vendetta against the New Directions is gone for good? Seriously, if the duo was able to do that in one short episode, who knows what they could do if they teamed up all the time?

More like this
Jane Lynch Revealed Why She’s Leaving 'Funny Girl' After Lea Michele Was Cast
By Grace Wehniainen
17 Years Ago, 'Hannah Montana' Reportedly Almost Cast This 'Gossip Girl' Star
By Grace Wehniainen
Netflix Reveals First Look At Wednesday In The 'Addams Family' Spinoff Series
By Bustle Editors
The Office Lego Set Includes All Your Favourite Dunder Mifflin Characters
By Sam Ramsden
Get Even More From Bustle — Sign Up For The Newsletter