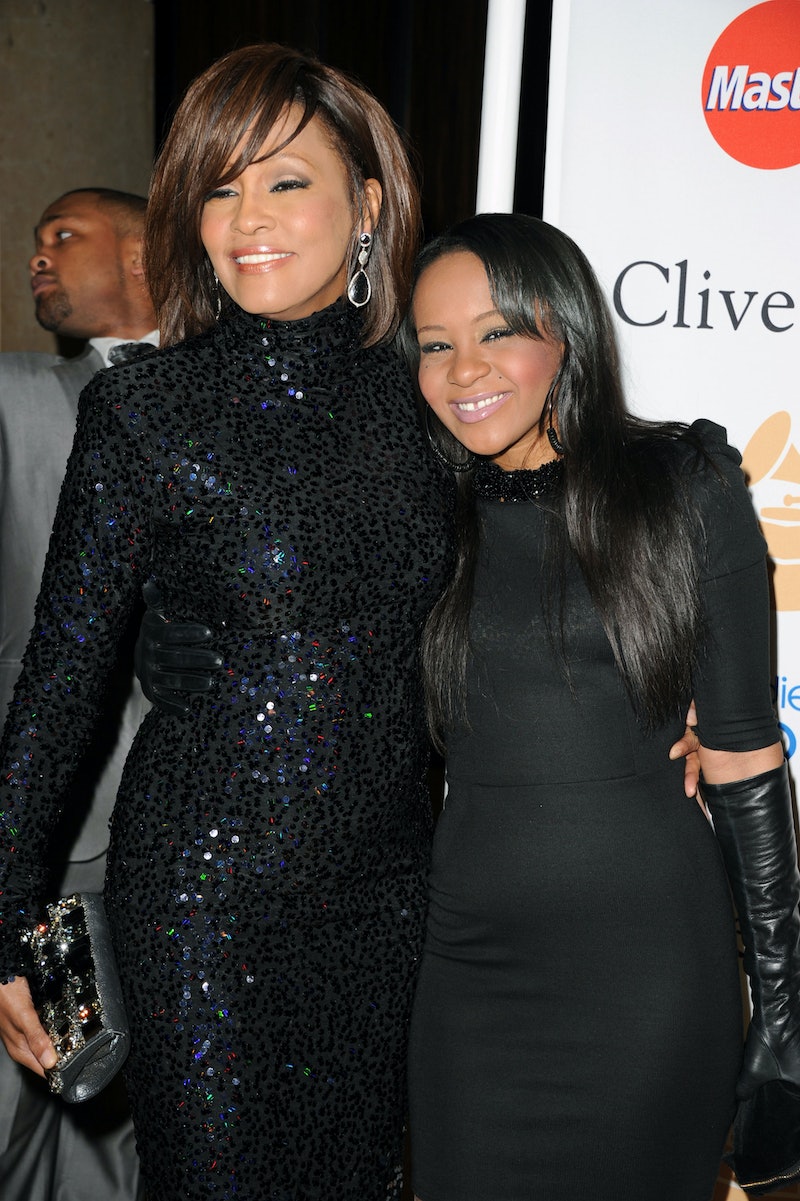 Today is a very sad day for the Brown family. According to new reports, Whitney Houston's daughter Bobbi Kristina Brown passed away on Sunday in hospice in Duluth, Georgia, after she was moved to hospice care on Wednesday, June 24.

The official Whitney Houston Facebook page, managed by the Houston family, posted a touching tribute to the 22-year-old. Along with a black and white image of the late singer with a then-baby Brown, the photo read:

It is hard to say goodbye. On Sunday, July 26, Bobbi Kristina Brown made her transition peacefully. The family thanks everyone for their loving thoughts and prayers.As Bobbi Kristina would say: "The wind is behind me and the sun is in my face.”

The shocking reports of Brown's emergency hospitalization emerged on Jan. 31, after she was found unconscious in her Roswell, Georgia home and rushed to a nearby hospital. Roswell police reportedly arrived at Brown's home in response to an early morning 911 call from her home, where her partner Nick Gordon and a friend found her “unresponsive in a tub.” According to TMZ, the two performed CPR on Brown after calling 911, before police and paramedics arrived and transported Brown to a hospital where she was placed in ICU.

Though the exact situation that placed Brown in the hospital remains unclear, she has remained unconscious in the months since, and received a tracheotomy in February. While she was hospitalized, her family members have spoken out many times and remained positive that she might pull through. But after moving her into hospice, Pat Houston, Brown's co-guardian, released the following statement, "Despite the great medical care at numerous facilities, Bobbi Kristina Brown’s condition has continued to deteriorate ... We thank everyone for their support and prayers. She is in God's hands now."

Shortly thereafter came reports that there was little hope for Brown in her condition. An investigation continues surrounding the circumstances that led to her hospitalization and, ultimately, death.

Following her hospitalization, reports surfaced that Brown had fought with her partner, Gordon, in the days prior. Though it's unclear whether there's any connection, authorities have confirmed to media that Gordon was questioned, and he was barred by Brown's family from seeing her in the hospital. A statement from Gordon's lawyer at the time read, “Nick has been trying, privately, to do everything he can to see Bobbi Kristina cooperatively ... He has respected the family’s wishes and for that reason alone has not returned to the hospital and risked a public confrontation. But he desperately wants to be with the one he loves and continues to hope that his request will be granted.”

Brown's death comes three years after her mother, star Whitney Houston, died after drowning in a bathtub and suffering the "effects of atherosclerotic heart disease and cocaine use," according to the Los Angeles County Coroner's Office autopsy.

According to Us Weekly, Brown was with family when she passed Sunday.