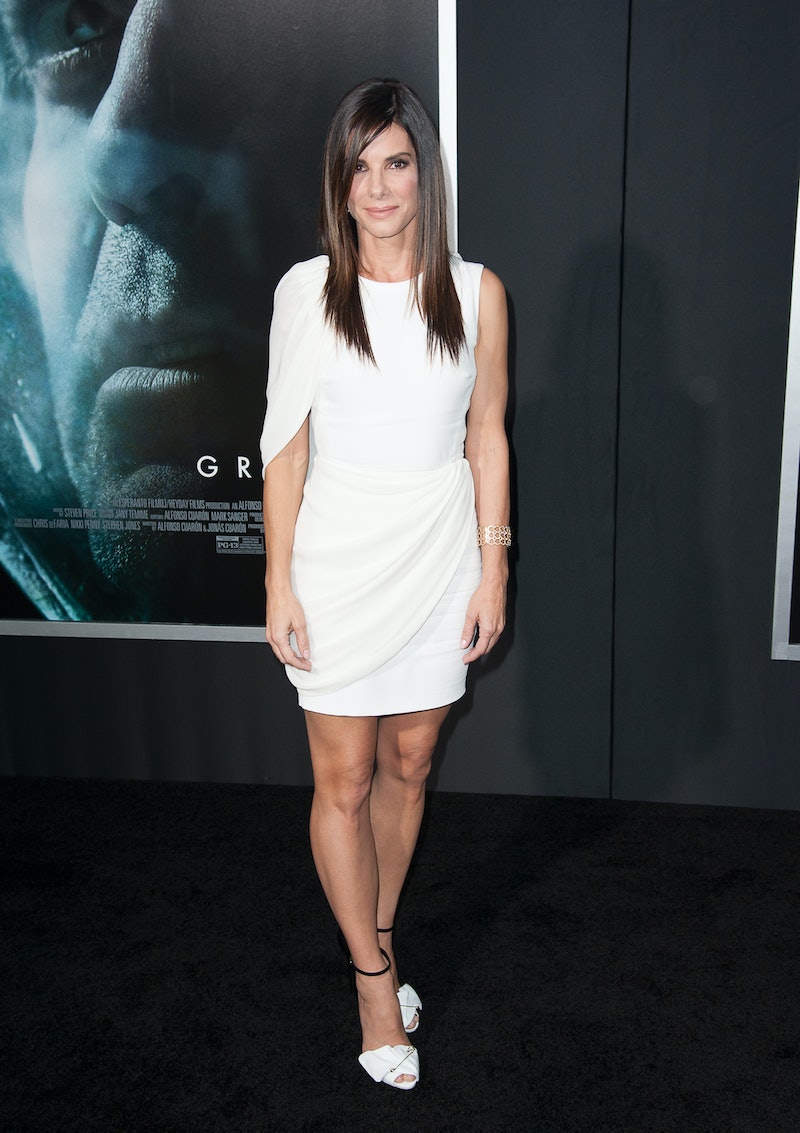 It's never the monster and ghosts popping out of the darkness that truly scares you. After all, monsters and ghosts are real (as far as we know... ) and once they've come out of the darkness, the fear is gone. But it's the waiting, the suspicion that truly puts you on edge and makes you rethink your sanity. That's why Gravity just might be one of the scariest films released this year.

Unlike most popular horror films, Gravity doesn't deal in blood, gore, and temporary spooks. It's a horror movie of a different breed: a psychological-survival thriller. But it's these kinds of films that can scare us the most.

In most horror films, there's a good deal of suspension of disbelief. Even most serial killers require us to do this — they're larger-than-life stories about rare occurrences, and it's hard for many people to put themselves in the scenario of the serial killer movie when the concept is as unreal to them as zombies and vampires. But thrillers take place in a world too similar to our own, often with ordinary people that look like ones we may already know. Take a movie like Red Eye, which follows a hotel manager. Even movies like Open Water, which takes place on a scuba diving vacation, or Buried, which follows a soldier, feel real enough for audiences to truly relate to.

What's more frightening, though, is that these films explore something truly frightening: the tricks our minds can play on us. They show how other people can make us feel crazy, or how we're truly crazier than we think. And that's what's so scary: seeing that our biggest enemy, our biggest bogeyman, is actually ourselves, or even the people around us. After all, if Natalie Portman's character in Black Swan can have a mental breakdown, who's to say we're above it? The scariest sequence of all is the reveal that nothing really is as it seems, and the easier it is to relate to the characters in the movie, the scarier that sequence becomes.

Thrillers like these also show us that the world around us may not be what it seems in a different way. The things that we count on on a daily basis can so easily fail us or turn against us. The biggest example in these movies is cellphones: They frequently break or die, cutting characters off from the rest of the world. Loss of contact fuels the plot in movies like Red Eye or Funny Games. Hell, Ryan Reynolds' character's cellphone battery in Buried is practically another character and provides some of the biggest suspense in the movie. Ordinary objects can be used for escape or as weapons: golf clubs take a violent turn in Funny Games, and there's a surprisingly gruesome scene in Red Eye where Rachel McAdams stabs Cillian Murphy with her stiletto.

So while vampires, zombies and monsters may have their own trends, the scariest world will always be the one that already exists. The more realistic thrillers are, the more power they have to scare us, so be prepared to be on the edge of your seat for Gravity. After all, the monsters we can see will haunt us much longer than the ones we can't.

More like this
Sandra Bullock, Girlboss Extraordinaire
By Matt Harkins & Viviana Olen
Lisa Marie Presley Reviewed Baz Luhrmann’s ‘Elvis’ Movie On Twitter
By Grace Wehniainen
'Doctor Strange 2' Star Benedict Cumberbatch’s Net Worth Is Not An Illusion
By Hugh McIntyre
The 'Hocus Pocus' Sequel Finally Has A Release Date & It Makes Total Sense
By Shannon Barbour and Radhika Menon
Get Even More From Bustle — Sign Up For The Newsletter