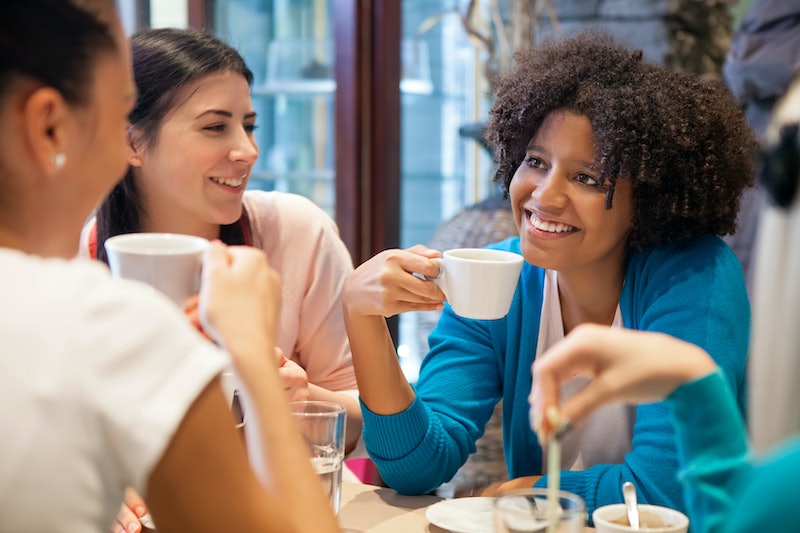 Who could ever know you better than you know yourself? Self-knowledge, as western culture seems to maintain, is the key to health, happiness, and success. Contemporary self-improvement types routinely ask us to reconnect with our inner selves, and to listen to them — even Shakespeare said, "to thine own self be true." So you might feel slightly deflated to learn this interesting tidbit: recent psychological studies confirm your friends actually know you better than you know yourself. And even after all those introspective solo drinking and journaling sessions? How embarrassing!

A team of psychologists led by a professor at Washington University St. Louis studied this effect specifically in the context of mortality risk — how your personality characteristics determine how long you're going to live. They examined the data contained in a wide-scale longitudinal study, looking for correlations first between self-assessed personality traits and mortality predictions, then between friend-assessed personality traits and mortality predictions. As reported in the academic journal Psychological Science, although people's self-reports were somewhat predictive, “friends’ ratings were better predictors of longevity than were self-reports of personality." In other words, your friends can guess when you're going to die better than you can. Creepy, right?

This study, aptly titled "Your Friends Know How Long You Will Live," is getting a fair bit of attention in the media, for the obvious reason that it annoys people who want to think they are, on some level, super-special unknowable snowflakes with totally unique inner lives. The study began observing participants in 1935 when they were in their 20s, and followed their lives through 2013. In case you were wondering, men whose friends assessed them as being more conscientiousness tended to live longer, whereas women whose friends praised their “emotional stability and agreeableness" enjoyed longer lives.

If people were this good at deceiving themselves in the case of mortality risk, which is pretty straightforwardly dependent on objective lifestyle factors like diet and exercise, just imagine how good we are at deceiving ourselves when it comes to less-straightforward stuff (i.e. relationships). So are we all just lying to ourselves? Can our friend groups really predict our behaviors, motives, hopes, dreams, and desires better than we can? Well, yes and no. Your friends aren't fortune tellers — they're simply people you've allowed yourself to open up to. At the end of the day, you still control your own destiny, so to speak. Let this truth set you free instead of get you down — and be thankful that you have friends who know you so well in the first place.