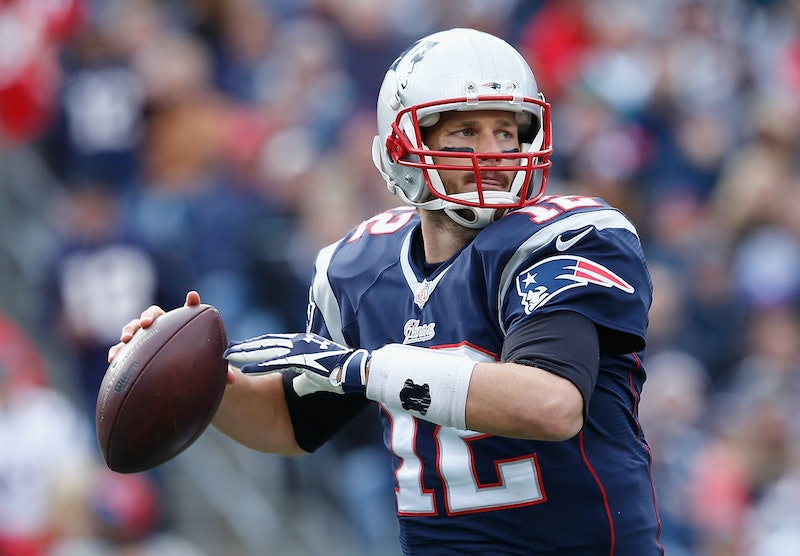 In pregame coverage of Super Bowl XLIX, Bob Costas interviewed Tom Brady about Deflategate, and the Patriots' star quarterback basically didn't deny the allegations that the team purposely deflated the footballs used in the AFC Championship game. It's interesting that Brady even gave the interview at all if he just wanted to deflect questions, though Costas continuously pressed for an actual answer. The controversy is a bit of a stain on this year's Super Bowl, and you'd think Brady would have taken the chance to clear his and his team's names.

Costas asked Brady: Because Brady is a professional player who has thrown countless numbers of footballs, wouldn't he have been able to feel a difference in a football that was deflated to less than the minimum allowable inflation? Brady said:

Well, I think that it's, it's all up to the individual, and that particular night, you know, I was facing a great defense, uh you know, it was a wet, chilly night. It was, you know, thinks are happening pretty quick, so the last thing I was thinking about was, you know, how the ball was inflated, I thought I was trying to deal with how the ball felt in my hand, and like I said, it felt pretty good all night.

Brady said in the interview that he understands that "whatever happened, happened," and he won't let talk about his character bring him down.

Everyone's entitled to an opinion and when you play for one NFL team ... If people want to feel whatever they feel, that's, I have no problem with that, they're certainly entitled to those beliefs and those feelings, I realize it's not about me not a lot of people know who i am and what I'm about, and the people who do, do know what I'm about and what I stand for.

Costas made one final push for Brady to finally say that he had nothing to do with it or that he didn't know about it. The interviewer pressed, likely looking for an affirmative response, "No matter what may or may not have happened - you had no prior knowledge of it." Brady replied:

You know, look, I've talked about that in the past, and I don't want that to continue to be a story about this particular game. All the facts will come out after the Super Bowl, and however those facts come out, you know, that will be news to me as well. That process will all take place at some point. I'm excited about the Super Bowl, that's where my energy is.

Twitter users obviously didn't think much about the interview, and they responded as such.