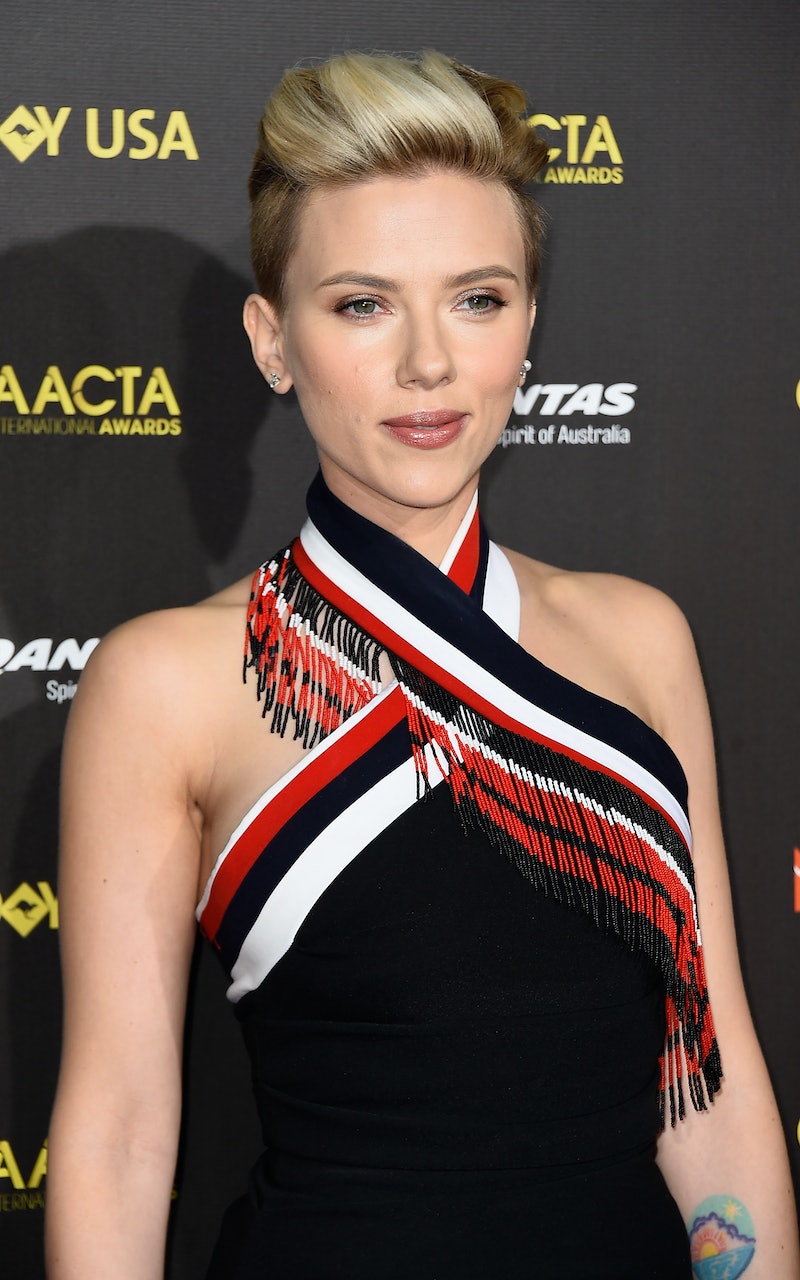 It's Super Bowl Sunday (in case you needed reminding), and everyone's in the pre-game spirit, celebrities included. Scarlett Johansson showed off her post baby body on Saturday night, and her dress was slightly reminiscent of a cheerleader's uniform. Maybe she was getting ready to rah! rah! the night before the big game?

Johansson attended the G'Day USA Gala in Los Angeles, wearing a body-hugging LBD four months after giving birth to her daughter, Rose Dorothy. The 30-year-old actress looked in tip top shape in her dress from Preen's spring 2015 collection, but that's probably where the positivity ends. The black sleeveless halter was accented with red and white fringe, so not only did the shape resemble my high school dance team uniform, but the fringe and color-blocked stripes along the neckline were one ribbon-tied ponytail away from ScarJo doing backhand springs down the red carpet. The Lucy star accessorized with black Brian Atwood pumps and minimal jewelry. Thankfully, she left her pom-poms at home for this event.

I will say, she looks incredible, and this look would be festively adorable if themed for the football game, but given that she's not wearing the colors of either team, I think this one is merely a coincidence.