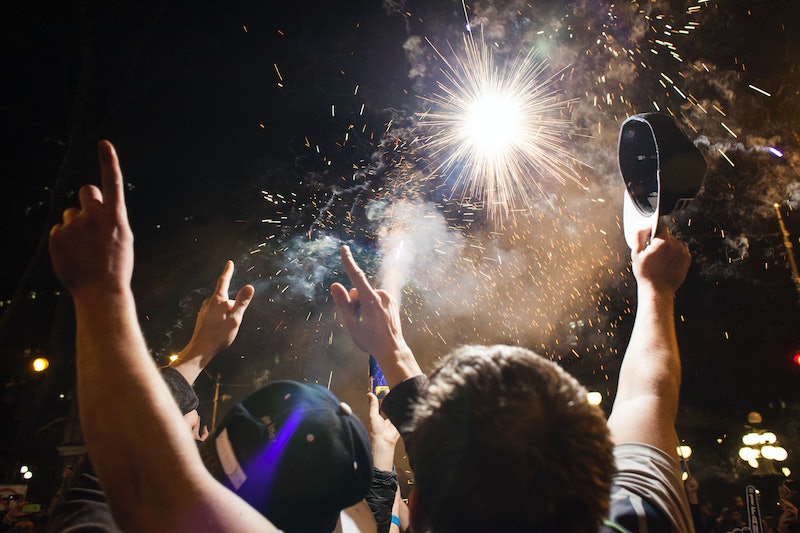 When it comes down to it, football is really just a game of numbers. Field goals, turnovers, touchdowns — they all slowly and painstakingly add up to one final tally, no matter how impassioned the players or how brutal the hits. Thankfully, whether you're a lifelong fan or simply a curious observer, one company, numberFire, can live-predict which team will win a coveted Super Bowl ring this year and which team will fall tragically short of that victory.

The analytics site has created a tracker that utilizes real-time data to measure that probability and project a winner after each play. It's a huge relief for those putting huge amounts of cash down on either team; after all, this year's Super Bowl is slated to be one of the closest yet.

numberFire Live is designed to bring real-time "Moneyball"-style insights, such as win probabilities, drive outcomes, and projected scores to the every day sports fan, all wrapped up in an easy-to-use, mobile-first package.

Bigger plays, like touchdowns and turnovers are easier to quantify — it's the smaller movements, like third-down stops and clutch first downs that make the prediction process so messy, reports the Associated Press. A live-stream tracking system like numberFire's makes placing a confident bet that much easier, even if you don't know the difference between a two point conversion and a field goal.

You can try it for yourself here.