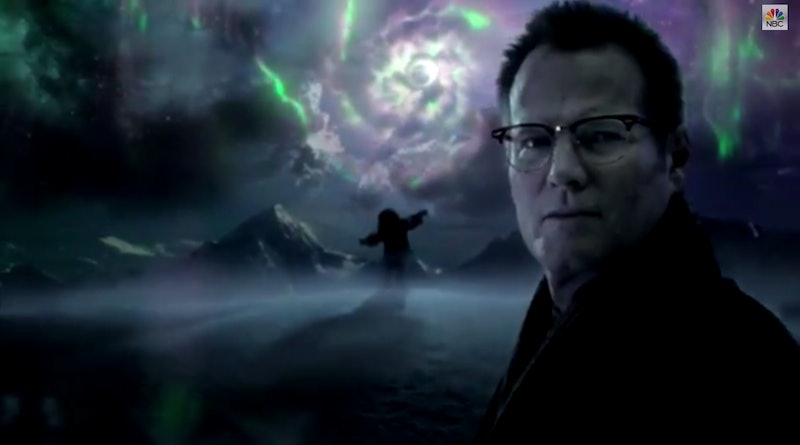 HRG is back, y'all! That stands for "Horn-Rimmed Glasses," if you need a brief Heroes refresher. During the Super Bowl, we got our first ever glimpse of Heroes: Reborn, the reboot/sequel/mini-series of the original NBC drama. We also saw Zachary Levi's Heroes role for the first time, and it doesn't look good.

In fact, didn't we first learn that NBC was reviving Heroes at the Opening Ceremony of the Winter Olympics? They sure know how to market this thing. I'm impressed. I have to say, back then I was worried. The show, which introduced the world to Zachary Quinto and showed us what it would be like if super-powered individuals walked among us, got very convoluted very quickly. I'm not sure if I'm ready for more Heroes guys! I've had plenty of time to process this reboot and I still don't think I'm ready. I made my peace when it was cancelled.

The show is always beautifully shot, and this tiny glimpse of the new series proves that Heroes: Reborn will be worth tuning into when it premieres. Maybe we are ever ever ever getting back together after all...

Other than Levi and Jack Coleman, we have no idea who else will be in Heroes: Reborn. In the teaser, a little girl (or boy — to be fair we only saw their back) appeared to be able to control the Aurora Borealis, also known as the Northern Lights. The child raises their hands like an orchestra conductor and beams of green and purple light leap from behind the mountains and dance around in circles.

Then, we zoom out to see Noah Bennett (also known as HRG) watching her, and Zachary Levi watching both of them through binoculars. What does it mean? Please tell me that Levi is not playing Sylar, the role originated by Zachary Quinto. You can't just swap Zachs on me like that! Why is HRG on the hunt for new supers? I need to rewatch this show ASAP.

Look at the teaser in all its ominous glory right here.