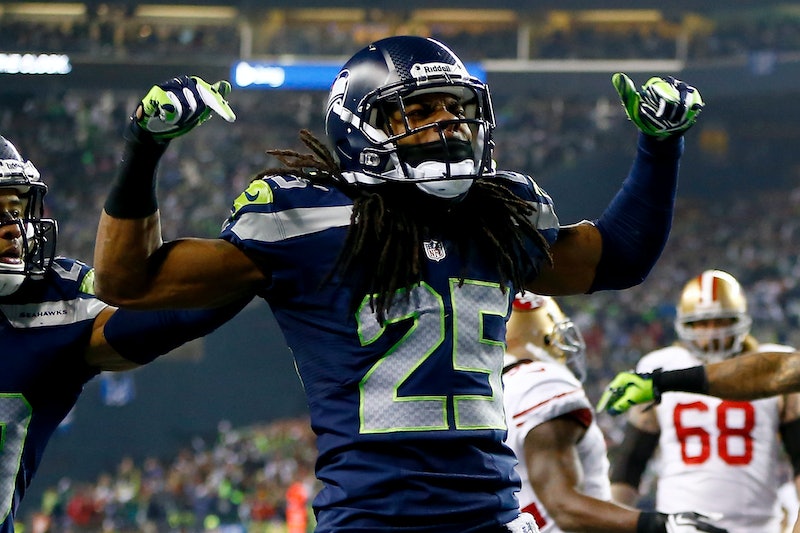 Well, that didn't take long. Minutes after Richard Sherman made the mistake of expressing emotion at the Super Bowl with a T.V. camera nearby, viewers took to Twitter en masse to express their frustration with losing the game and much, much more. Many Seahawks fans used the photo to express discontent with their team's last play call, which — even if it did work — would have been questionable.

Considering it ended with a Patriots interception, fans were understandably upset. In fact, Sherman's reaction may have engendered more tweets and memes than Katy Perry's bedazzled halftime costumes. Not to say it's Sherman's first time as a matter of fascination on Twitter and in the media: The controversial cornerback's proclamation of being "the best in the game" made waves after it went viral (his equally epic takedown of being called a "thug" and its racial implications also saw its fair share of air time).

Richard Sherman is all of us. His pain is our pain. All of our pain. Between Seahawks fans using Sherman's photo earnestly, Patriots fans using it to gloat and tweens using it to complain about studying and dating troubles, it saw a lot of play over the course of the evening. Some of it had to do with the game:

But most didn't have much to do with football at all.