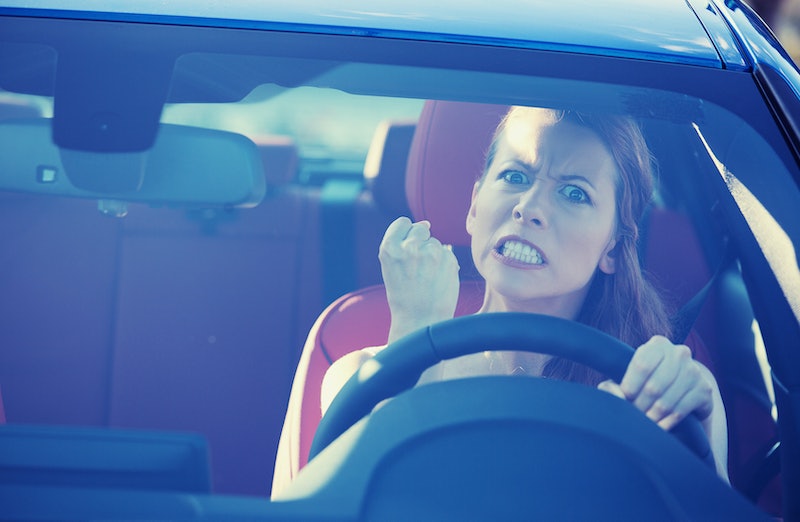 Four-letter words are all well and good, but they're a bit tired, and lack that, well, sparkle. Isn't it time you used something more spectacularly, historically offensive to demonstrate your shock, surprise, or resignation? Don't you only deserve the best? Humans have been stellar swearers throughout history. In her book Holy Sh*t: A Brief History Of Swearing , obscenity expert Melissa Mohr tracks examples from ancient Rome and the hyper-uptight world of early Christianity. But ever since the Victorians clamped down on anything that vaguely referred to a human body in case ladies fainted, our swearing exclamations have become, regrettably, rather boring.

Partially, this is because of religious standards. It's perfectly acceptable to say "Jesus Christ!" or "God Almighty!" without anybody threatening you with a heresy charge. Medieval swearers had to obfuscate their swearing in a hilarious pudding of rhyme and allusion, but modern-day television channels won't so much as bleep it out. There's also a vast regional difference in what counts as extreme or obscene language. In England, "bloody" is still quite racy, but in Australia, politicians can say basically anything aside from the C-word in Parliament.

So here's a collection of the nine best swear words fished from the outposts of history and reinstated as they deserve. Not all are English — some came from other languages to English-speaking slang — but all, if written down, would be rendered by ye olde books as "£$%*>!" (That bunch of swearing symbols, incidentally, is called a grawlix . Isn't that adorable.)

Nora, alas, did not actually exist, and was not some Edwardian equivalent of Jack the Ripper. This is a London Cockney slang variant of "flaming horror," where somebody with little time mangled the "h" off the front of "horror" and the "g" off the end of "flaming." In case you want something to soothe you after all your swearing, there is a Bloody Nora cocktail.

Sample sentence: "Bloody Nora, mate. It's only Scandal. Calm down."

This somehow found its way into Wild-West-style English, but its origins are obscure. It could have come from "concern," or, less likely, some variation or flattening of "goddamn." Just use it judiciously so you don't sound like you're mocking hillbillies.

Sample sentence: "Consarn it! I forgot to buy Coachella tickets."

This one is reputedly from the 17th Century, and is probably an ultra-embellished form of "God's wounds" (more on that later). You can't deny that it has a certain silly charm.

It's tricky to mince words here: "Sard" was the medieval period's F-word. A 10th-Century Old English translation of the Bible contained the immortal phrase: "Don't sard another man's wife." It can't really get clearer than that.

Sample sentence: "You can go sard yourself and the horse you rode in on."

This one's a bit nasty. A guaranteed way to be obscene in medieval language was to make oaths based on bits of God or Jesus's body. It was heretical and shocking, and thus tended to be obscured a bit into words like this one. It actually means "God's hooks" — as in the nails that kept Jesus on the cross.

Sample sentence: "Gadzooks, you frightened the living hell out of me!"

This sounds charming and a bit Errol-Flynn-ish, but is actually far less swashbuckling and more serious than it seems. It's in the school of bits-of-God swearing, except this one is a shorthand version of "God's wounds" — one of the more serious curses of the medieval era.

Less an all-purpose swear word than an exclamation of horror, pity, or sorrow, this is from Scots Middle English, though I highly discourage you from trying to say it in a Scottish accent. It literally translates as "woe's sakes," but woe does suck.

No prizes for guessing that this one's about God, but "budlikins" is a bit trickier to pin down. The closest guess is that it's a corruption of God's body or "bodikins."

This was a German phrase which was adopted into English at some point, and translates as "upon my soul." If you're storing it up for your next trip to Berlin, it's exceedingly old-fashioned, so don't expect to intimidate anybody with it.

Sample sentence: "Well, potzblitz, I could have sworn I bought noodles."

More like this
Olivia Rodrigo’s Song Dedication To 5 SCOTUS Justices Sent A Strong Message
By Grace Wehniainen
Aesop's Queer Library Is Open
By Tomi Otekunrin
5 Ways To Stand In Solidarity With Women In America From The UK
By Sophie McEvoy
How To Fight For Reproductive Rights, Based On How Much Time You Have
By Courtney Young
Get Even More From Bustle — Sign Up For The Newsletter