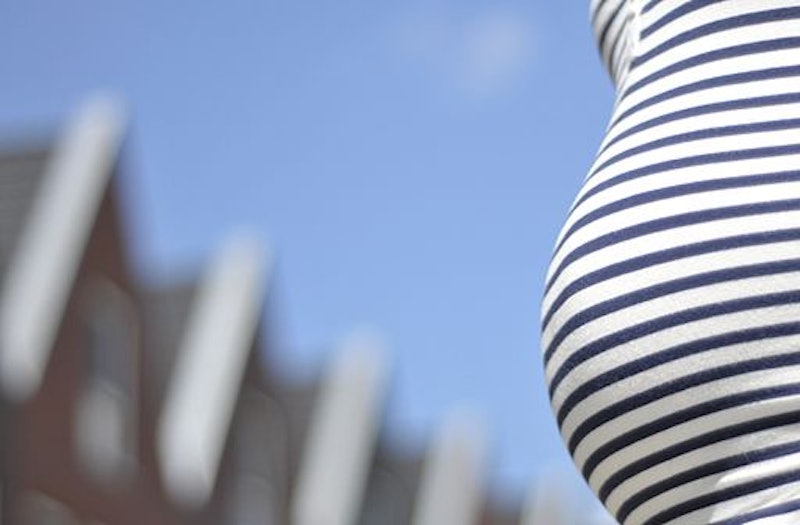 The National Women's Law Center and A Better Balance released a joint report today called "It Shouldn't Be A Heavy Lift: Fair Treatment for Pregnant Workers," documenting the trend of working women who face discrimination for, um, reproducing the species.

We already knew the U.S. makes it tough for expectant mothers: as The New York TImes reported earlier this year, we're one of the few countries in the world that won't mandate paid parental leave. According to this new report, however, it seems employers here also aren't willing to make accommodations for pregnant women who plan to stay on the job. (Some gems in the report include stories from women who were banned from taking "too many" bathroom breaks, were forced to climb ladders, and fired for being "a liability.")

The real kicker? Many of these same employers would make adjustments for workers with other kinds of medical requirements, such as injury, presumably fearing the teeth of the American Disabilities Act. Pregnant women do not count as "disabled" under the ADA, and are supposed to be covered by the Pregnancy Discrimination Act of 1978 instead. The report's authors point out that when courts have had the opportunity to enforce the PDA, it has often been "misinterpreted," and plaintiffs have been "denied important protections. In other instances, courts have not yet had occasion to apply these laws to pregnant workers. As a result, many employers are misinterpreting and misapplying the law and denying pregnant workers their legal rights."

Without significant overhaul—and some serious judicial attention—prospects seem to be getting worse. In the author's words: "Three-quarters of women entering the labor force will be pregnant and employed at some point in their lives," and as that now-infamous Pew Research Center Report points out, women have become the primary breadwinner in more than 40 percent of American families.