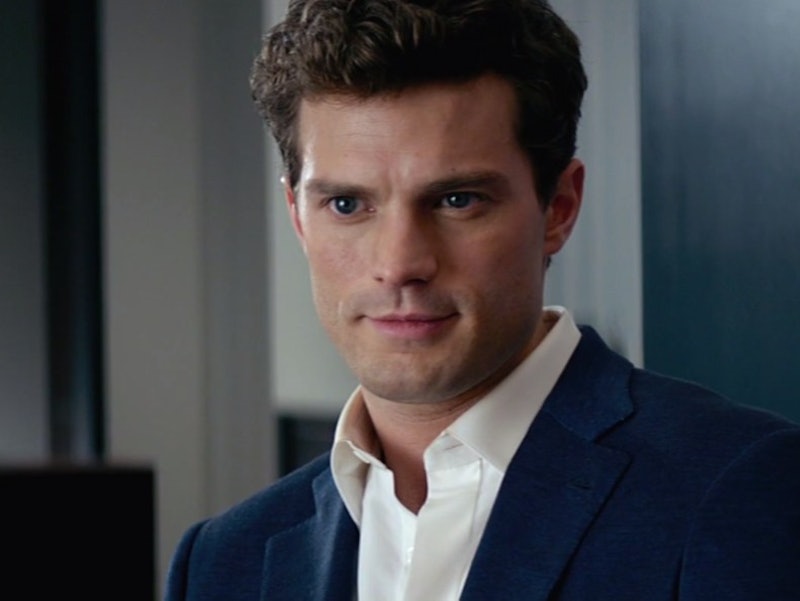 By now, you might have seen the 50 Shades of Grey teaser that explores Christian Grey's vast and luxurious apartment. If you haven't seen it, well then congrats on skipping the apartment envy it inevitably bestows on viewers. But with a home that expensive, what exactly does Christian Grey do for a living? Readers know he has to be raking in the big bucks to afford his lifestyle, so what job makes that kind of dough? Well, Christian Grey is a CEO, and a very wealthy one at that.

Forbes listed Christian as a top-earning fictional character. He landed 8th on a list of 15, and is worth about $2.2 billion thanks to his work in manufacturing and investments. In the second book of the series, readers learn he earns approximately $100,000 per hour. It wasn't always fun and games for the entrepreneur, though. He started at the bottom (cue Drake song) and had to build his company from nothing. But, now that he's established, Christian's on top of the world.

He runs a company called Grey Enterprises Holdings, Inc., which actually has its own website and everything. It looks so legit that I had to Google it to make sure it wasn't a real company. It's not. It's just an elaborate marketing plan for the movie to help readers enter the world of Christian Grey. You can even apply to their internship program if you're so inclined.

The company prides itself on "transforming what is possible" and is a global leader "in communications technologies, eco manufacturing, and next generation farming solutions." Basically they're innovating products and projects for a better, brighter future. It's all very eco-friendly of Mr. Grey.

And his office building is as snazzy as his apartment.

It would have to be, of course, this is Christian Grey we're talking about. He's very particular, and also very rich. He can thank his successful business skills for that.