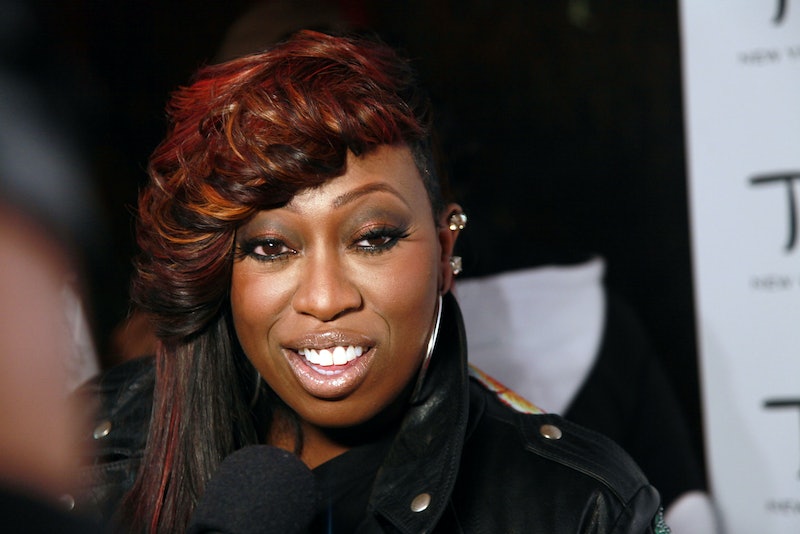 With Super Bowl Sunday over, it's hard not to talk about who won the game, the worst and best commercials, and that half-time show featuring Katy Perry, Lenny Kravitz, and Missy Elliott. As much as I could go on and on about Elliott's amazing return and performance, there's something else we should be talking about — Elliott's kind words about Bobbi Kristina Brown, who was found unconscious in a bathtub on Saturday.

For those unaware, Elliott was close with Whitney Houston and now she's opening up about her daughter, who Elliott calls her "little sister:"

Bobbi is like a little sister to me. I have been very close to her mother. One thing that her mother said to me before she passed away was to make sure Bobbi Kristina was straight, so my prayers for healing [are] that she comes out and be around people that love her.

Elliott also took to Twitter to express her thoughts and ask everyone else to be kind during the difficult time,

Still Praying 4 Bobbi Kristina I see sum ppl making jokes. She lost her mom thats tougher than u may think 2 deal with.

Last Saturday, Bobbi Kristina was found unconscious in a bathtub in her Georgia apartment. Since then, she's remained unresponsive, on life support, and in a medically induced coma. Just like Elliott, her family, including father Bobby Brown, is hoping for the best.

Elliott first commented about Bobbi Kristina on Jan. 31 after the news broke with the following tweet,

Even if you find the situation controversial or frustrating, it's important to remember that this is someone's child who is probably still grieving for her late mom. Elliott's words are a great reminder of that.