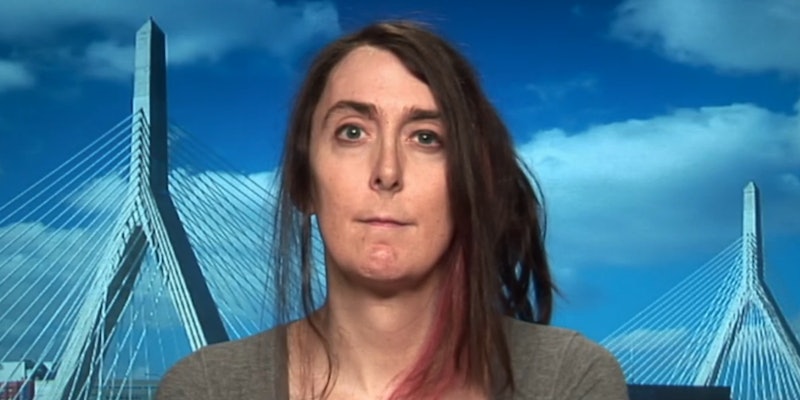 Few things have been as positively, absolutely dismal recently as watching the continuing, dire effects of GamerGate. Whether you're one of the specific women who have been targeted for speaking out against this ostensible "ethics" movement, or really any woman with a progressive feminist outlook who runs afoul of the hashtag, the sound and fury has been intense. And over the weekend, it got worse: game developer and Giant Spacekat CEO Brianna Wu was threatened by a GamerGater who seemingly crashed his car while en route to her home.

In other words, precisely the kind of horrifying situation that everyone has feared the most. The essential background is equal parts convoluted and simple, but here's the thrust: Brianna Wu is a proud tech feminist, a critic of both overt and implicit sexism in the games industry, and a vocal opponent of GamerGate. For countless members of GamerGate, of course, this is unacceptable — I'm not sure I've ever seen a hashtag more chronically insecure in its lashing out, though that's just my experience — and for months, she's been subject to a torrent of harassment, complete with multiple threats of death and sexual violence.

Here's a tweet Wu sent out on Saturday, which includes a pretty horrifying video. Be warned, it contains a whole lot of cursing, screaming, and conspiratorial hatred directed at her, with a racist slur thrown in at one point.

Had Wu not offered it up to demonstrate the gravity of what she's dealing with, I'd be reluctant to even include it.

In case you didn't want to watch, here's the gist: a man screaming incoherently about street racing while kicking at his Toyota Prius, overturned and wrecked on the side of a highway. It's disturbing in the extreme. That's followed up by a similarly incoherent explanation in text, claiming that Wu had sabotaged his car, causing it to flip over while he was on his way to street race against her. He includes a picture of Wu's motorcycle, which she says she's owned for years, and implies she bought it recently in order to race against him.

The video was brought to Wu's attention, and she decided to inform law enforcement about it. I'd do the exact same thing in her position, although I've never had to — one of the privileges I've had, despite writing unapologetic criticisms of GamerGate for a major website on multiple occasions, is that I've never had to consider how to grapple with these kinds of abhorrent threats. Which, frankly, makes it that much more important to speak up.

Wu remarked on Twitter that she believes the man who made this bizarre video is mentally ill. I'm generally loathe to speculate about such things without firsthand knowledge, or the input of a mental health professional, given how stigmatized mental illness is in our society.

But I'd also have to concede, in full honesty, that most fair-minded people will probably come to the same conclusion. That risk of stigma is something Wu's clearly aware of, though — she urged her followers not to use the kinds of everyday, demeaning terms towards him that so many people employ when discussing mental health.

The reaction to this incident throughout GamerGate has been, shall we say, not positive. There are a number of people in the movement who've been resorting to elaborate conspiracy theories for a while now, aimed at explaining away the kinds of threats and harassment that Wu's received, as well as GamerGate's other high-profile targets. Whether that's a prevailing view or not is somewhat hard to judge, I freely admit, but just how much antipathy there is towards Wu is plain to see. Even further, a prominent GamerGate blogger and troll even recorded an interview with the guy after Wu went public with the threat, as good an indication as any of what rock-bottom standards even the movement's influential power players are held to.

Fortunately, it sounds as though things are moving in the right direction — Wu tweeted Monday that she's been in contact with members of Congress about law enforcement's lack of response, and that's a very important facet of all this. In the internet age, the way authorities contend with online death threats has often been criticized. That's not to suggest it's simple, in fairness, as the landscape of threats and harassment is vastly different for police now than ever before, and a lot more challenging.

But that said, something needs to change. Whether it's policing, greater awareness and condemnation of hate mob mentalities within the games industry, or improved reporting tools for threats and abuse on social media, something must happen. Of course, GamerGate could also do the world a favor, and fade into the night. But given the amount of animus that's on daily, full display, I can't say I'm holding my breath.