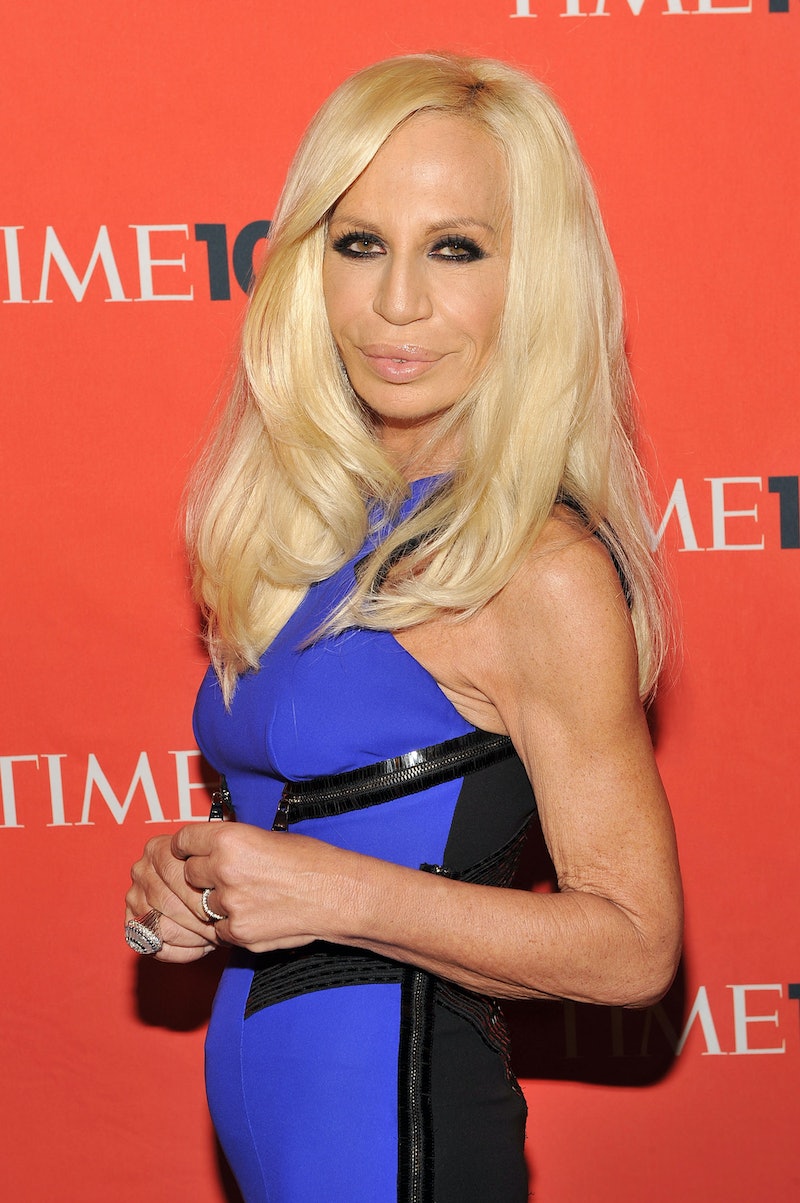 Remember when Maya Rudolph impersonated Donatella Versace on SNL? Of course you do... because it was awesome. In fact, it was so good, Versace herself called the impersonation "hilarious" and famously called up Maya Rudolph to giver her tips on how to perfect it. (Although her criticism simply boiled down to "Wear more expensive jewelry.")

It doesn't seem, though, like Donatella will be calling up Gina Gershon anytime soon. Gershon is set to star in the upcoming Lifetime original film about the life about the upcoming designer, and Versace is none-too-pleased.

The fashion house has released a statement about the film saying, “Versace has neither authorized nor had any involvement whatsoever in the forthcoming TV movie about Mrs. Versace.” Is Gershon's Donatella portrayal really that bad? Well, yes — but that's not why she hasn't given the film her blessing. The statement also includes that Donatella has never approved of the book on which the film is based, House of Versace: The Untold Story of Genius, Murder and Survival.

The book, which chronicles Donatella's life after the infamous murder of her brother, is often billed as a "true story," but Versace notes, it is pure fiction.

However, any scenes featuring cat-fights with Naomi Campbell over Halloween party invitations can be considered completely true to life: