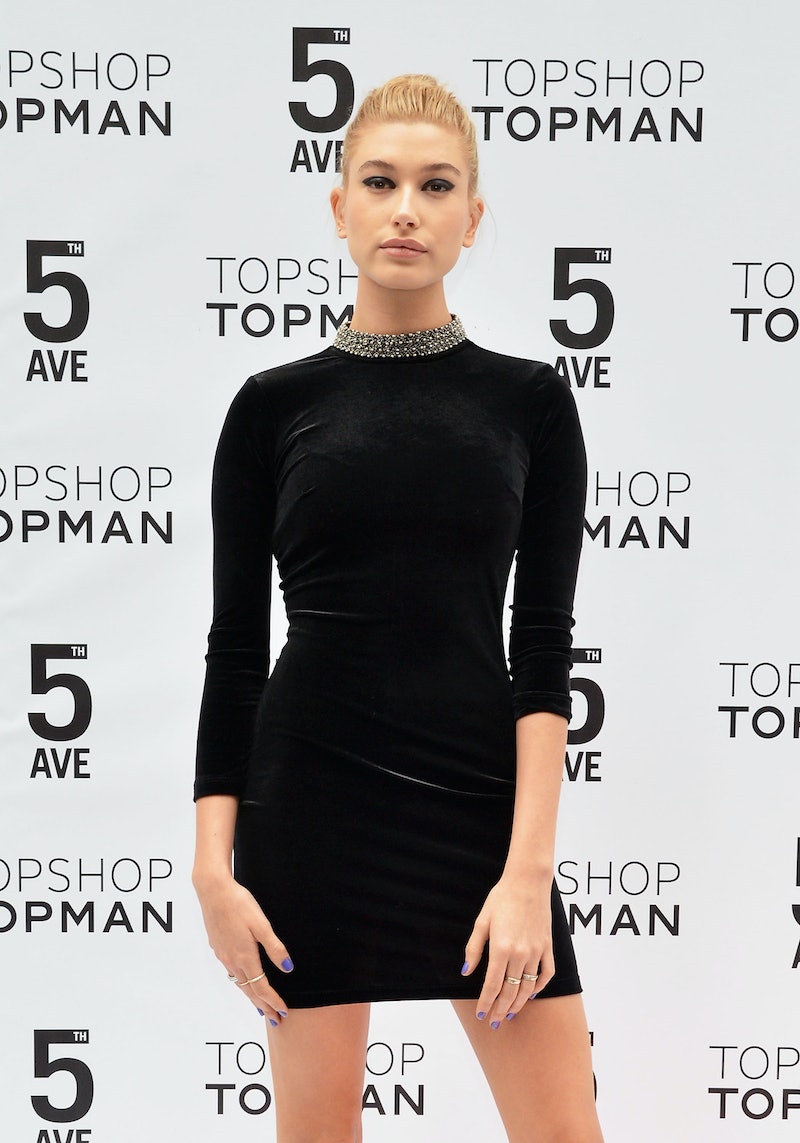 There's no doubt about it that celebrity offspring are having a moment in the fashion industry. Models like Gigi Hadid, Kendall Jenner, and Dylan Penn have been popping up everywhere from runways to magazines, and Hailey Baldwin is climbing the ranks right along with them. The daughter of Stephen Baldwin has just landed her first Major with a Capital M campaign: Topshop Denim.

With the gig, Baldwin joins to the ranks of some pretty iconic models to work with the British retail giant: notably, Kate Moss, Jourdan Dunn, and Cara Delevingne. Hailey shines in her own right, though, while still fitting into the "cool girl" vibe that Topshop is known for.

"She has an energy and vitality that shows the collection of jeans and the different moods and personalities," Topshop creative director Kate Phelan told Glamour UK.

Energy and vitality, indeed. Maybe sometime soon we'll get to see Hailey and cousin Ireland, a fellow model/celebrity daughter (her dad is Alec), star in a campaign together. Hey, it seems like Kendall and Kylie do it all the time, and even though Hailey and Ireland aren't sisters, cousins might be a fun twist. But I suppose I should just admire Hailey's Topshop Denim campaign for now.