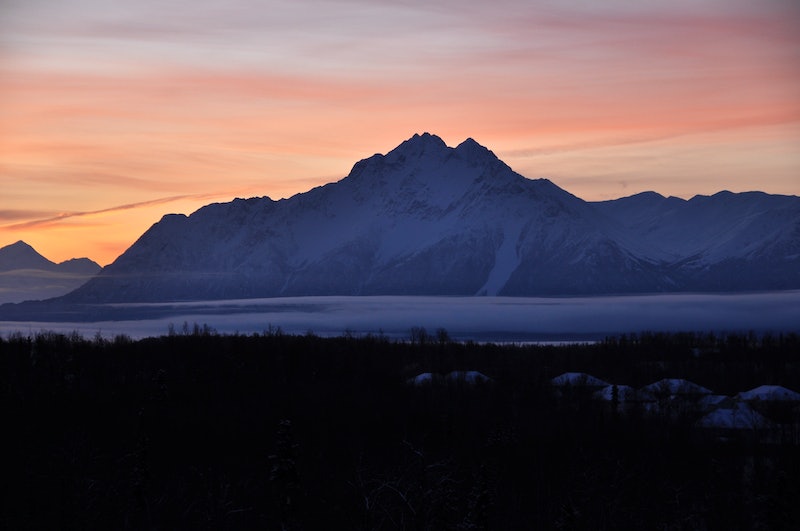 In Alaska, guns are a part of the culture. Growing up there, it wasn't novel to see a gun, hear a gun, shoot a gun, etc. In fact, when I lived in Alaska, I was once taken on a date to go shooting in a gravel pit, if that illustrates for you how common it is. Yes, I have shot a gun. OK, I've shot more than one. My dad loves guns — when he calls me, a photo of him at the shooting range shows up — and it's an activity I did with him once in a while. People didn't drive around sporting handguns, but owning rifles, shotguns, and even AK-47s was fairly normal. And you might not believe me when I say this, but Alaska was a good place to grow up. Though gun ownership and usage (generally for hunting food or target practice) is a way of life in Alaska, I was a bit surprised when a study by the Violence Policy Center (VPC) came out saying that Alaska has the highest per capita gun death rate, according to 2013 data.

I mean, not totally surprised. The study states more than 60 percent of Alaska residents own a gun, and the logic that high gun ownership rates correlate with high gun death rates isn't inconceivable to me. I get it. It's just, Alaskans are usually pretty safe when it comes to their guns. Before my dad ever taught me to shoot, he taught me safety rules without a gun even present (though I'd recommend people take an actual safety class). Going to the shooting range was always a safe experience, with glasses, ear protection, and everyone setting down their rifles when it was time to check our targets.

The study attributed part of the explanation of Alaska's ranking to the fact that it has very lax gun laws. According to the Alaska Department of Public Safety, anyone over the age of 21 who may legally possess a firearm is allowed to carry it concealed. The states in the VPC study with the lowest gun death rates had the "strongest gun violence prevention laws." Although Alaskans are generally safe with their guns, this study is still enough to give me pause and make me consider that the ubiquitousness of guns in the state is not exactly something to be proud of.

The VPC also released a study in September 2014 that showed Alaska has the highest rate of men murdering women at more than double the national average. A fact sheet by the Center for America Progress says Alaska had more suicides per capita from guns than any other state in 2010 at almost two and a half times the national average. In that same document, the center says from 2001 to 2010, Alaska had the highest gun homicide among children ages 0 to 17.

I love my home state, but this is not OK. I shouldn't have been able to go on a date in which we destroyed Mountain Dew cans with a shotgun in a random gravel pit, but I should be allowed to go to the shooting range with my dad. I don't know what that means for gun control laws in Alaska, but let's start figuring it out.