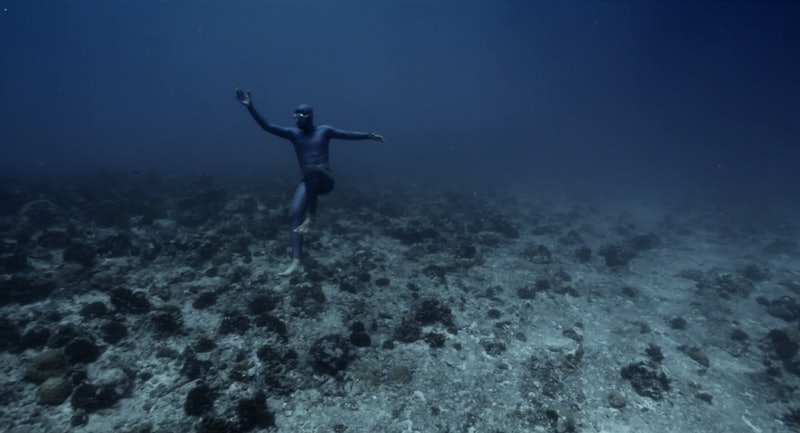 Sometimes, the world seems like an impossibly beautiful, infinitely mysterious place. You'll get that feeling watching director Julie Gautier's video of free diver Guillaume Néry running underwater at the Tiputa Pass, near Tahiti. The running diver is propelled forward at high speed by naturally occuring currents at the Pass, which create a force that makes it so that when he makes a running motion with his legs, he's going even faster than he'd run on land. So much for being slow in water, right? The footage is artful and breathtaking, and Gautier's vision is almost alien, like watching some interstellar being suspended in low gravity on a planet in another galaxy.

Watching the diver do water parkour is incredible, and in his slick black, full body wetsuit, he looks more like a video game avatar than an actual human. When you think about how unreal this feat of nature seems when captured on film, you have to wonder how distracted we are by every day frivolities. The effect of the diver running with the current, and Gautier's exquisite filmmaking is a marriage of the natural and the almost supernatural, and should inspire you to take a moment out of your day just to be awed by the magnitude of the earth, the ocean, humanity, technology, and life.