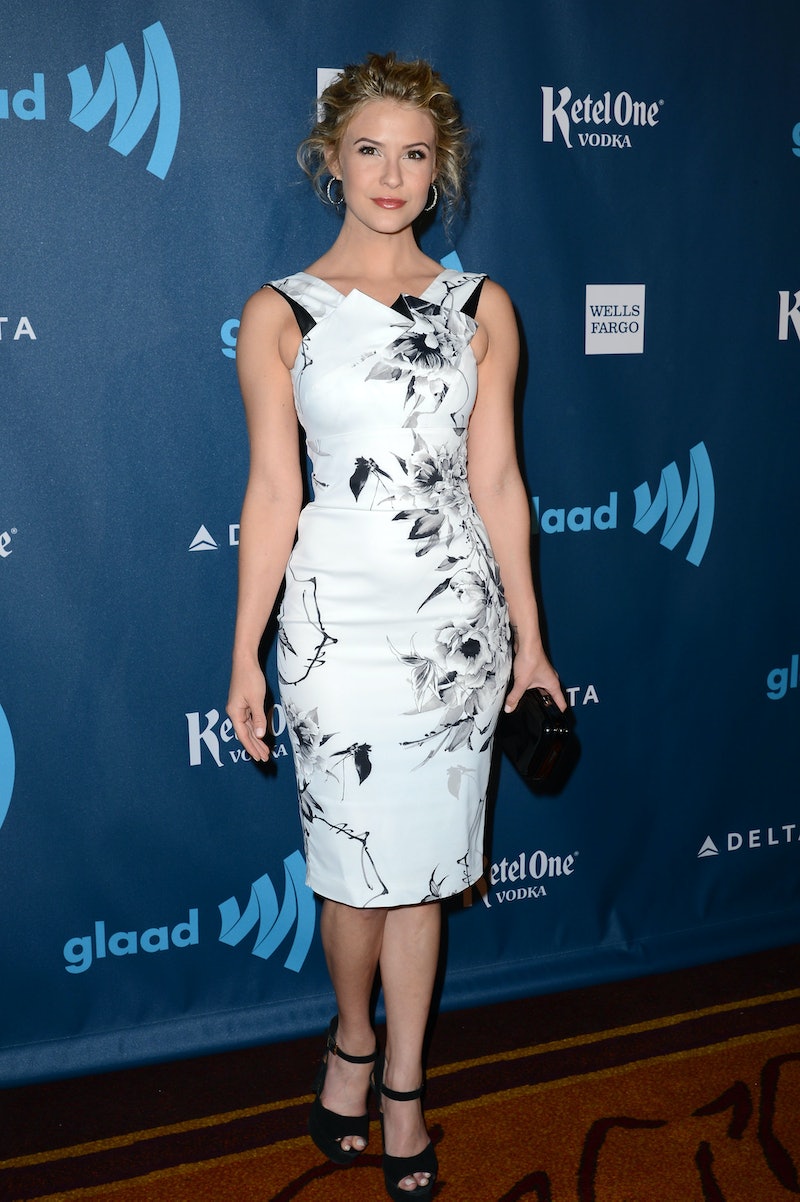 On Monday, The Bold and the Beautiful ' s Linsey Godfrey was hit by a car in Los Angeles and was rushed to the hospital for surgery. The actress, who plays Caroline Spencer on the CBS soap opera, was reportedly struck and pinned underneath a car after an accident caused the vehicle to crash onto the sidewalk. Early reports said that she broke both of her legs, but the show's spokeswoman told People that "Godfrey's injuries were limited to her ankles and she is expected to make a full recovery."

Producers have re-arranged taping for The Bold and the Beautiful while Godfrey recovers to accommodate her "major story arc," and the set was also dark on Monday. There have been no updates from her personal account since Sunday, but one of her costars, Scott Clifton, tweeted some news about her recovery late Monday night. "Not my place to pass along medical details, but she's going to be okay," he wrote. "Throughout the trauma, she has remained fabulous." Another costar, Kelly Kruger, noted that Godfrey has all the doctors laughing at the hospital and she is doing just fine. See some more updates, plus other well wishes from fellow soap stars, below.

More like this
What Does The Presley Family Think Of 'Elvis'?
By Arya Roshanian
RHOA’s Kenya Moore Said Her Friendship With Marlo Hampton Is “Too Far Gone”
By Brad Witter
Thandiwe Newton’s Dating History Includes This Megastar & A Rising Musician
By Alyssa Lapid
Olivia Rodrigo’s Song Dedication To 5 SCOTUS Justices Sent A Strong Message
By Grace Wehniainen
Get Even More From Bustle — Sign Up For The Newsletter