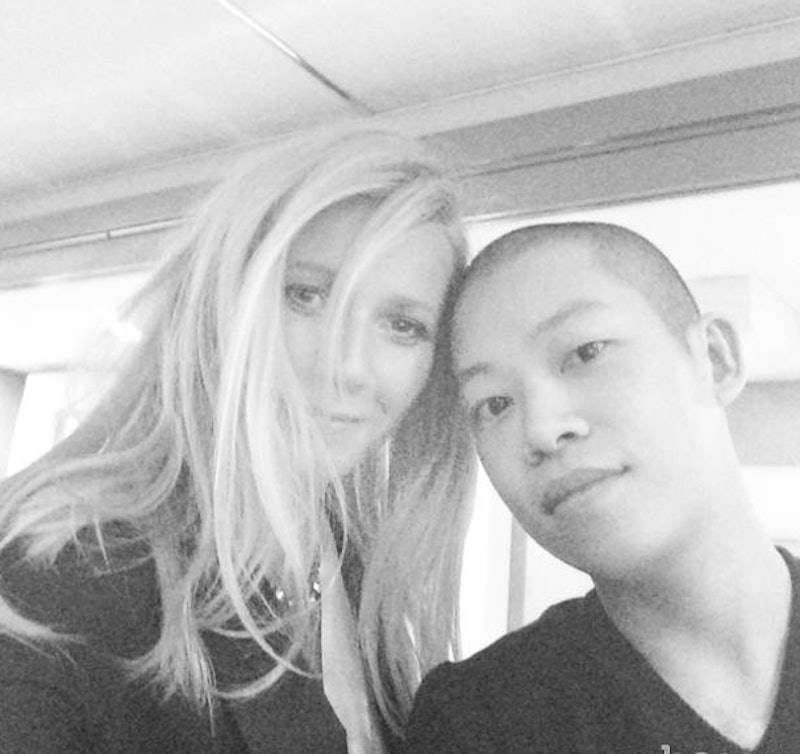 Because getting a weekly newsletter with tips on how to spend lots of money isn't enough of a reminder that Gwyneth Paltrow's life is better than yours, she has now joined Instagram. (On a related note, I really need to unsubscribe from Goop.)

Now that Paltrow's on the 'Gram, a lot of people are speculating about what kind things we might see on her new platform in the future. However, these forecasters are ignoring something really important: she's already posted a picture. And since we know she puts a lot of thought into every move she makes, we are sure that Picture numero uno is sending us a very important message.

The photo shows Paltrow standing next to an uncomfortable-seeming Jason Wu, with her face half shrouded in her long, blond hair. Though your first assumption may be that perhaps Paltrow and Wu are working on a collaboration for Goop, don't be an amateur. There's obviously more to it. Fortunately, I've got a few theories.

1. "Hair is SO annoying. Look how it gets in my face!" Perhaps Gwyn is plotting to shave her head a la Jason Wu. That news would probably rock our world harder than pixie-cut-Beyonce.

2. Jason Wu is famous for many things, but especially having designed many dresses for Michelle Obama. OMG is Chris Martin running for President???

3. According to Wikipedia, Gwyneth and Jason both celebrated their birthdays on September 27. Gwyn seems like the kind of lady who celebrates her b-day for a whole week, so maybe this was a belated birthday selfie.

4. "Maybe if I only post pictures of myself with young people, no one will know I'm 41."

5. Or (most realistically) Gwyneth was totally waaaaasssttedd when she opened her account, and put no thought into the photo at all.