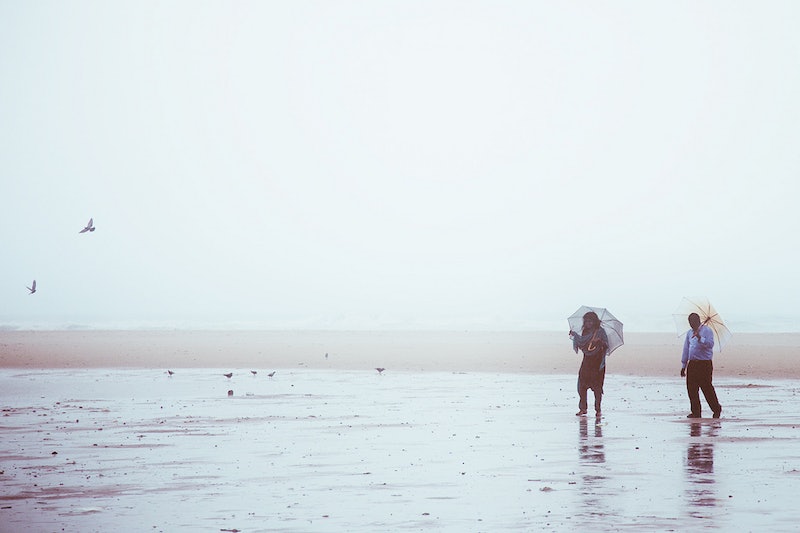 As you can imagine, a lot of things change about your relationship when you get married, often in ways that you might not expect. Some of these changes are huge and sort of overwhelming (like being someone’s “next of kin” at the hospital) and others are practical and kind of boring (filing taxes together! Sooo romantic!). There are lots of ways that your relationship gets better after you’ve passed the “honeymoon phase”: you and your partner both get more comfortable, you’re more honest with each other, and the love you share gets deeper and more real. But it’s also important to remember that not everything changes when you tie the knot. You still retain your own identity and sense of self, as does your new spouse. Your partner doesn’t suddenly become an entirely new person when his title shifts from “boyfriend” to “husband”; all of the things you loved about him before you got married will still be there, and all of the things that annoyed you about him will still drive you completely up the goddamn wall. Er, congrats?

Here are just a few ways that—for better or worse, in sickness and in health—your husband will always be your boyfriend.

1. You’ll still try to look hot for each other (some of the time)

Of course, when you live with someone, you’re going to have those times when both of you stay in your pajamas all day, and you’re lucky if you both manage to brush your teeth. Days like that are kind of awesome in their own right, but that doesn’t mean that you don’t make an effort to look hot for each other at least some of the time.

When you’ve been with the same person for a really long time, it’s easy to feel like you know everything about him. But every once in a while, you’ll discover something new, and that realization will be all the more exciting because of its rarity. I vividly remember a moment last year when my husband casually mentioned he had been to Japan as a teenager, a fact I had not learned in the previous five years we’d been together. I felt as if my world had suddenly flipped over. “You’ve been to Japan???” I screeched, and then made him tell me all about it. It was delightful.

3. The things that annoyed you about him before you got married will—no surprise—still annoy the hell out of you

All of your S.O.’s habits and idiosyncrasies that drove you up the wall while you were dating will not magically go away once you get married. In fact, they may irritate you more because now you are married to them—forever. It’s a hard life moment when you realize that that thing he does that makes you want to claw your own face off is going to be with you for the rest of your life.

4. You’ll still go on dates together

The fact that you’re married and living together doesn’t mean that you won’t still enjoy going out for the sole purpose of spending time with each other. Sure, there will be plenty of nights when you're both busy, and one of you is working and the other is eating pizza over the sink. But those nights just make the times that you do set aside as “dates” more special.

5. You’ll still get crushes on him

Your relationship will go through its ups and downs. There will be times that your husband drives you crazy, but there will also be times when you get a full-on, high school-style, butterflies-in-your-stomach crush on him. Only, that crush is so much better than back in high school, because you’ve already got that locked down for life.

6. You’ll still check your husband out, and you’ll catch him checking you out

You two wouldn’t have gotten married in the first place if you each didn’t think the other was crazy hot. One of the advantages of being married is that you get to openly check out your spouse's fine body whenever you feel like it.

7. Your husband will still has his own life, and so will you

Back when your husband was your boyfriend, he had his own life—interests, friends, work—that was separate from you. That doesn’t change when you get married; in fact, maintaining separate identities an essential part of being together in the long term.

8. You will still have the same fights

The things that you fought about with your boyfriend are still problems now that he’s your husband. You’ll have all of the same fights as a married couple that you did as a dating couple, because the issues underlying those arguments won’t suddenly go away. In fact, fighting as a married couple is often be more difficult, because pushing the "break up" button just isn’t an option.

There’s a prevalent stereotype that says married couples never have sex, but that just isn’t true. If you have a great sexual connection with your boyfriend before you get married, you’ll still have it when he’s your husband.

There is also a stereotype that married sex is boring and unadventurous. Not true. You don’t have to be in the throes of new passion to do fun things in the bedroom. In fact, when you’re married, you can actually be more adventurous because you have enough sexual history together to feel comfortable experimenting with new things.

Your boyfriend won’t stop being the most fun person you know just because he’s now your husband. He’ll still do things that surprise you, that make you happy, and that make you laugh like a crazy person.