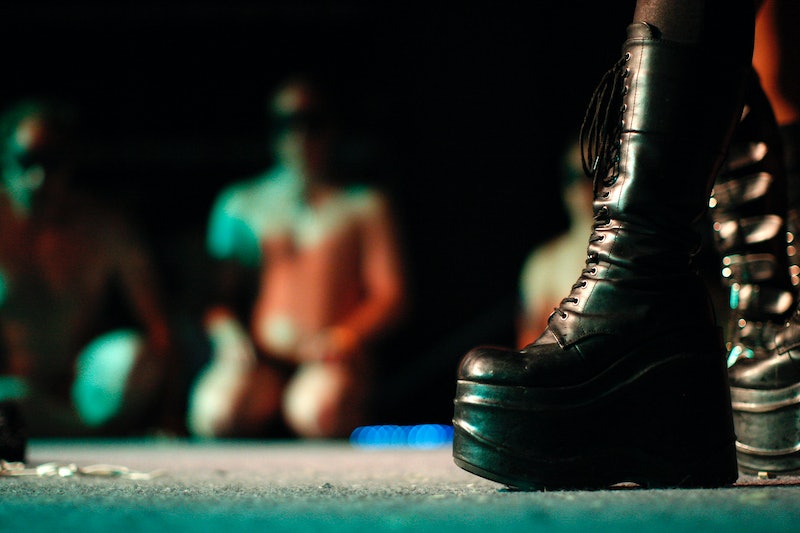 Alissa Afonina was a student in 2009 when a vehicle being driven by her mother's boyfriend, Peter Jansson, skidded off the road and overturned. There were no other vehicles involved; Jansson hit a wet spot while at the wheel of the Toyota Tacoma, which, combined with his accelerating speed and the fact that he was navigating a curve, resulted in the vehicle flipping on its side. Both Afonina and her mother, who was also a passenger, sustained injuries to their heads as a result of the accident — but here's where it starts to get tricky: As Vice noted, the court documents state that it's not disputed that Afonina suffered a brain injury as a result of the accident. It is, however, disputed whether the brain injury she sustained through the accident caused a personality change, ultimately leading to her becoming a sex worker.

Injuries to the head and brain can result in personality changes, and there's literature to back it up; I'm sure a lot of us, for example, remember learning about Phineas Gage in high school. Gage miraculousy survived getting a tamping iron driven through his brain in 1825, only to end up as something of a changed man. He reportedly lost his inhibitions and began to behave inappropriately with a good deal of frequency, and his friends described him as “no longer Gage.” As The Guardian pointed out in 2010, we know next to nothing about Gage's personality before the accident; furthermore, his story has been used and abused a lot, with psychologist Malcolm Macmillan writing in his book An Odd Kind of Fame that it “illustrates how easily a small stock of facts becomes transformed into popular and scientific myth.” However, there's still something to be learned from Gage: Namely, wrote Mo Costandi for The Guardian, “that complex functions such as decision-making and social cognition are largely dependent upon the frontal lobes.”

Afonina's experience sounds remarkably similar to Gage's; according to the National Post, she reported a sudden lack of impulse control, the inability to complete tasks, and a lack of inhibition that resulted in outbursts and inappropriate sexual comments. Previously Afonina, whom a teacher described during the case as incredibly bright, had wanted to be a filmmaker or actress; sometime after the accident, however, she began working as a dominatrix. Her lawyers argued that at the time she made the choice to do so, her decision-making skills were impaired — something for which they claimed the accident was directly responsible. I'd like to take this moment to note that it doesn't seem to be the sex work itself that's the problem here (which is good — as always, I am firmly pro-sex work); rather, the issue is whether the injury has caused Afonina to engage in risky behavior she might not have done before the accident. Sex work can be risky, and the judge pointed out that she hadn't implemented any safety measures to help minimize her risks as a sex worker. This, he said, offered evidence of impaired judgment caused by Afonina's injury.

More like this
6 Abortion Advocates To Follow On TikTok
By Sara Youngblood Gregory
How Getting An Abortion Has Changed From The ’60s Through Today
By Amanda Chatel
Alyson Stoner Says She Went To Rehab After Auditioning For 'The Hunger Games'
By Jake Viswanath
The UK Abortion Laws In 2022, Explained
By Sophie McEvoy
Get Even More From Bustle — Sign Up For The Newsletter