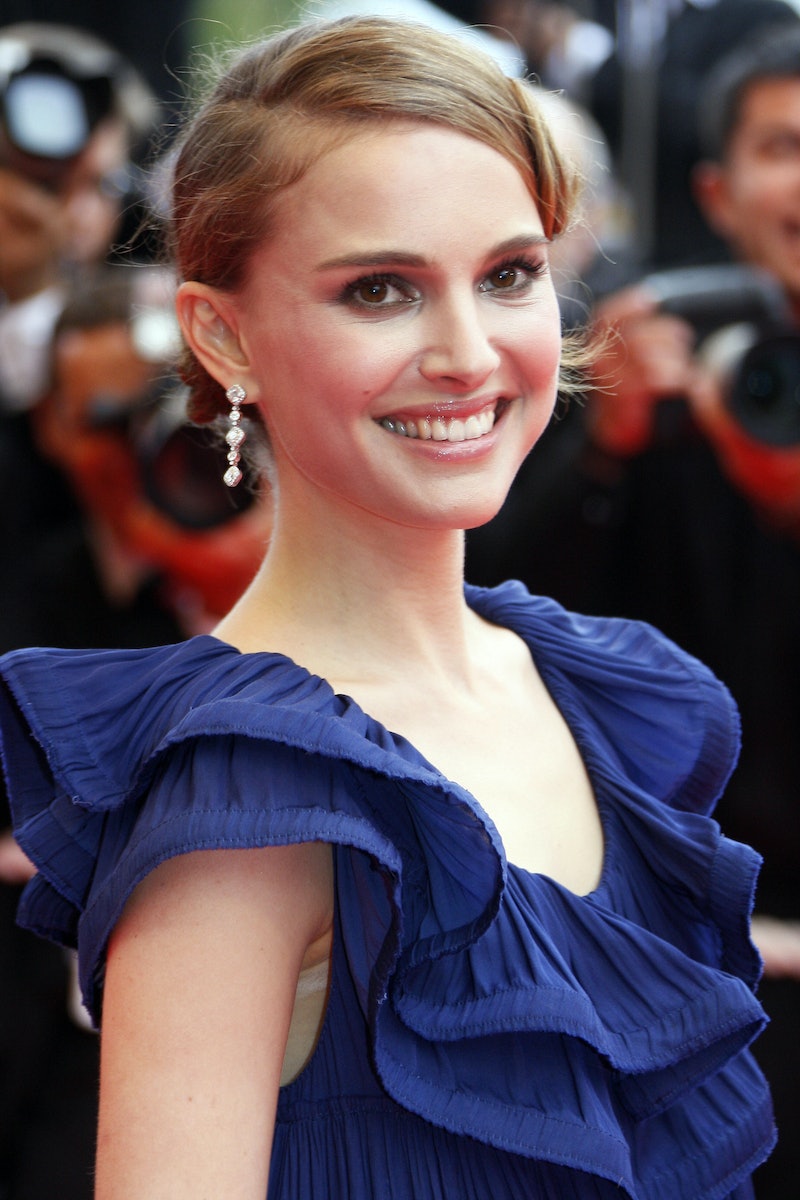 Though she may have married a Frenchman and moved to Paris, that doesn't mean she couldn't bring a hint of Hollywood with her. Natalie Portman covered Elle France, and channeled a classic Hollywood beauty in her editorial spread. Catch the Audrey Hepburn resemblance, anyone?

The actress is on the cover of the French magazine's January issue, modeling looks from none other than Dior, the iconic brand she has fronted several stunning campaigns for, in addition to being the face of the Miss Dior fragrance. It's one of those celebrity/designer pairings that just feels natural, as if Dior and Natalie Portman should always be synonymous with each other, and her latest cover proves exactly way. The spread, shot by photographer Mathieu Cesar, features the 33-year-old brunette in retro inspired hair and make-up, the epitome of classic, Hollywood glamor. With a subtle cat-eye, a pale pink lip, and a soft finger wave, Portman exudes elegance, class, and grace, the kind of timeless poise that translates just as well in centuries past as it does now.

Now we just have to hope she makes at appearance at the Oscar's later this month, and wows in another gorgeous Dior gown. Keep your fingers crossed!