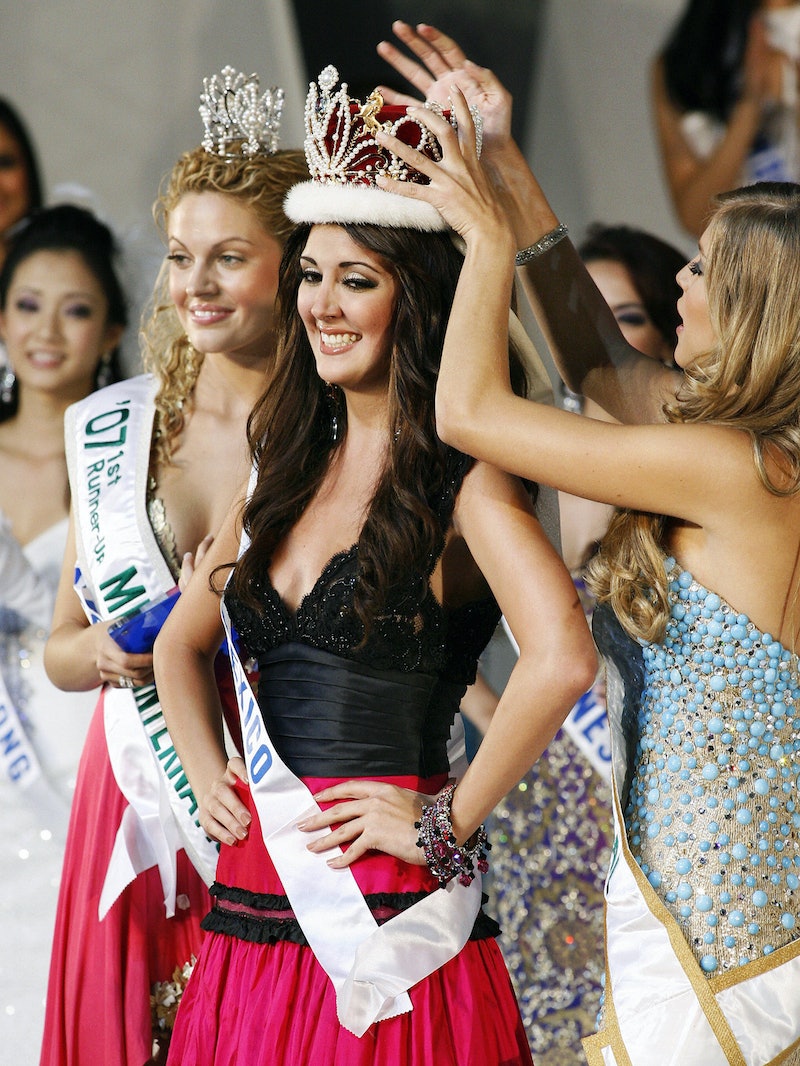 Now this is a sore loser if there ever was one. A Brazilian beauty pageant loser snatched the crown from the winner right after the judge's placed it on her head, so basically this epic temper tantrum is one bloody wedding away from some Game of Thrones status insanity.

During the 2015 Miss Amazon pageant, winner Carol Toledo was dethroned by runner-up Sheislane Hayalla. In a scene straight out of Miss Congeniality, Hayalla angrily snatched the crown off of Toledo's head, threw it on the floor, and stormed off stage. Although at least Sandra Bullock was trying to deflect a bomb; Hayalla's tantrum is just sheer mean girl. Game of Crowns, much?

The 23-year-old contestant insists that she isn't a sore loser, telling Globo the next day,"money talks in Manaus and I wanted to show the Amazon people money doesn't talk here." Hayalla also took the opportunity to bluntly state that Toledo "didn't deserve the title."

Honestly, the temper tantrum is not cool, and just makes Hayalla look 50 shades of cray. She'd have been better off going with the Kanye method. "Toledo, I'mma let you finish, BUT..."

Check out the hilarity in all it's glory.