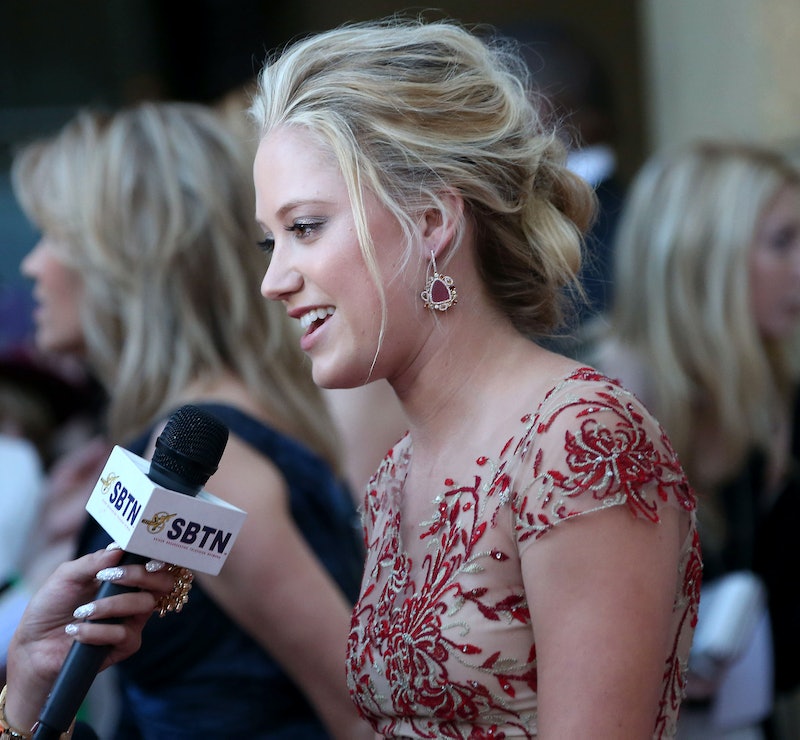 Before she was cast opposite Zac Efron in At Any Price, Maika Monroe was a professional kiteboarder. And now, she uses her athletic background to pursue physically demanding roles on screen, trading her days on the water for 12-hour days in the water, like the particularly grueling scene for It Follows . The film surrounds the bizarre story of a girl who has sex, and is subsequently followed by an unearthly creature. "I like challenging myself," the 21-year-old says. "I like strong women, seeing strong women in film, and you know — tough chicks."

The pool scene, in which Monroe submerged herself in a non-heated indoor pool for hours on end, while a man in a green suit tugged at her limbs for a supernatural effect, is all part of a day's work. "There's something intriguing about this character," she says of her role as Jay. "How in the end she becomes a hero. She would never think of herself as being able to survive something like that, until she does."

Last year, Monroe took on another powerhouse role opposite Dan Stevens in The Guest. In a creepy climax, Monroe must protect her family as she wields a gun through a smoke-covered Halloween-themed maze, sacrificing her safety to be the story's ultimate hero. "The training and everything that comes along with these roles is really cool."

She continues: "I'm still young in this, but it seems to me that there are some really amazing roles for women today that is a newer thing," she says. "I do see a change, and it's really good."

Next up for Monroe is a role in the YA-adapted trilogy, which Monroe calls "Hunger Games-esque", The Fifth Wave. "I get to play this super kickass girl. It was awesome and so much fun to play."

So with all this talk of powerhouse ladies, I had to ask the obvious: Does Monroe consider herself a feminist?

"Oh, totally!" she says without missing a beat. "Fuck yeah."

It Follows hits theatres March 23. Watch the trailer below: