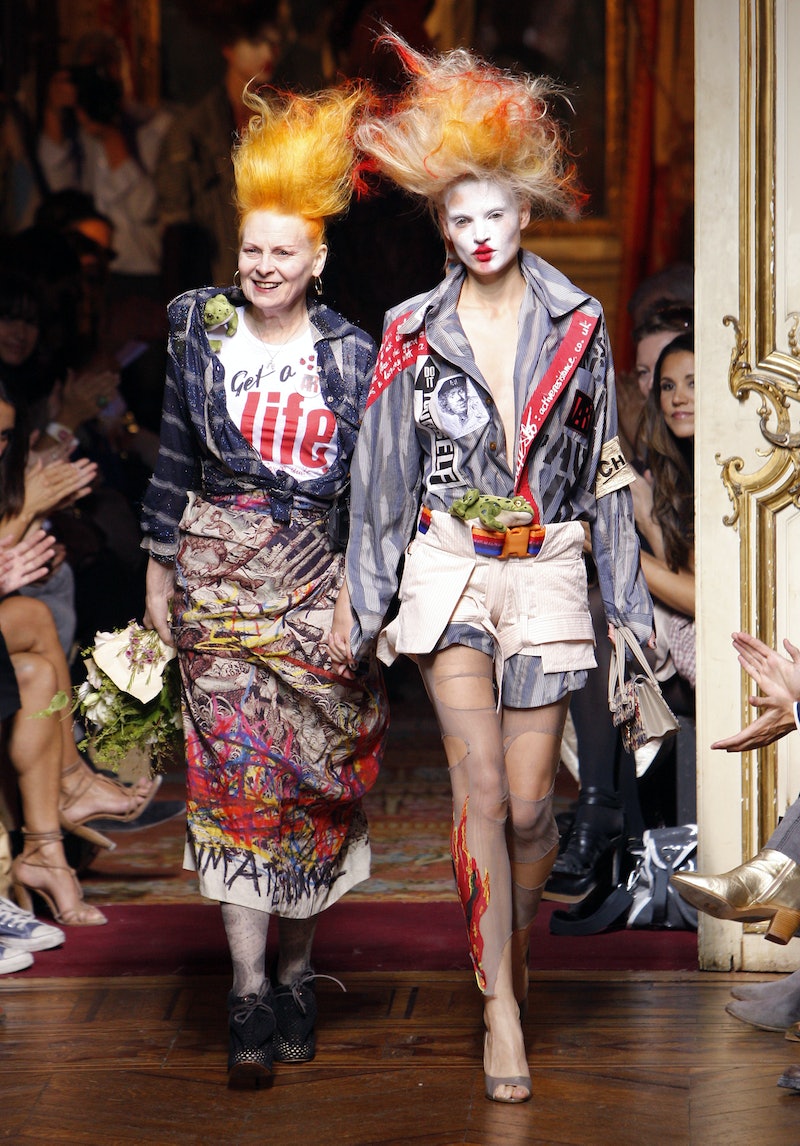 Everything old can be made new again, right? The history of fashion has a tendency to repeat itself, recycling aged trends and making them feel fresh and novel. Capitalizing on this popular concept, Opening Ceremony has teamed up with Vivienne Westwood to revive some of the designer's most iconic looks from the '70s and '80s. This unisex capsule collection is the epitome of retro-chic.

The collaboration, titled World's End after the brand's landmark shop in London, features modernized versions of the British designer's classic styles such as the original "+5º" slogan and "The Savage Jumper" from the 1982 line. The men's and women's items embody a punk-rock theme that aims to whisk together ideals of culturally-driven film, art, music, and even politics — topics which both OC and VW share an appreciation for. “My love for Dame Vivienne Westwood and her creative legacy has truly been a life-long affair. In particular, her impact and relevance extend beyond fashion and into all the cultures that Opening Ceremony also embraces: from music, film, and art, to politics, civil rights, and environmental causes." Opening Ceremony's Humberto Leon said in a release, as quoted by The Cut.

You can snag some of the cool old-school pieces yourself stating February 9th at Opening Ceremony's New York and Los Angeles locations. Retro is totally the new black.

Feast your eyes on some of the refurbished designs.