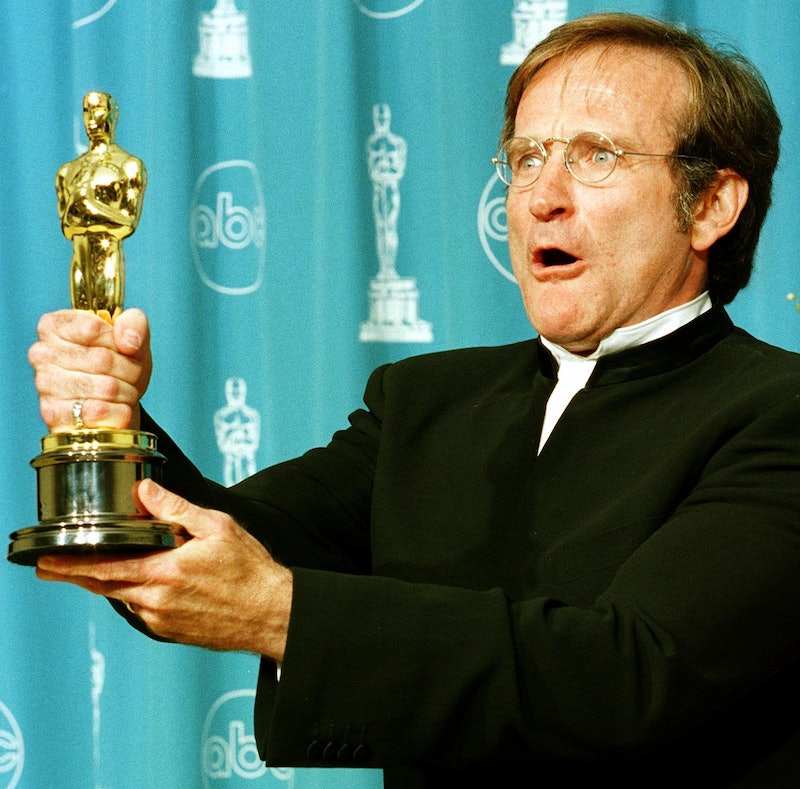 Here’s a wonderful, rarely-seen video of the incomparable Robin Williams to brighten your day (and maybe make you a little sad, too). This clip shows Williams working with TV veteran Howard Storm, who directed episodes of some of the most beloved shows of the 1970s and '80s, including Laverne & Shirley, Taxi, ALF, Full House, and Head of the Class. As Dustin Rowles of Uproxx points out, Storm worked extensively on Mork & Mindy, directing 59 episodes of the series between 1978 and 1982. While working on Mork & Mindy, Storm became very familiar with working with the show’s star, Robin Williams, and learned to harness the actor’s dazzling—and sometimes overwhelming—energy. In an interview for the Archive of American Television, Storm recounted his time working with Williams:

Working with him was just amazing. The trick I found with Robin was that you could not sit on him…you could not stop him. You had to let him rehearse and do everything he wanted to do to get it out of his system, and then you could start to peel away…

The video below is a promotion for Storm’s work as a director, filmed in the early 1980s. Across 13 hilarious, ridiculous minutes, Williams improvises celebrity impressions and ludicrous sketches before finally arriving at his message: “Howard Storm’s now directing commercials. If he could work with me, he could work with anyone.”

Of course, seeing this video now, only 6 months after the comedian’s tragic suicide, is bittersweet. Watching his effortless, warm brilliance only makes the current familial squabbling over his estate all the more upsetting. Let’s take a moment to forget the drama, and remember how amazing he was.