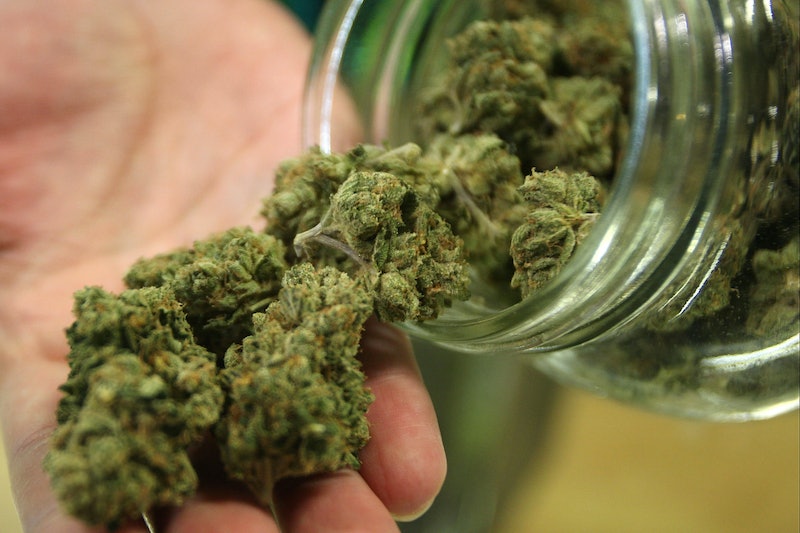 Marijuana is on the march. With legalization measures passing by popular vote in Colorado, Washington, Oregon, Alaska and Washington D.C. — a position now supported by a slight majority of Americans, according to Gallup — and growing insights into its medicinal uses, the decades of stereotypes and taboo seem to finally be washing off the most popular illegal drug in the world. And now, even the government's top dog on public health has thrown some credibility behind it: Surgeon General Vivek Murthy says marijuana "can be helpful" for certain medical conditions and symptoms, an acknowledgement that's been a long time coming.

Make no mistake, as many conservatives often decry, there's definitely a lot of people across the country's 30 medical marijuana states who're getting doctor recommendations for pleasure, not medical necessity. Living in Berkeley, it feels like I could bump into about a dozen a day, if I wanted to. But marijuana has also shown powerful promise in an array of medical capacities — allowing cancer patients to regain their appetites and fend off grueling nausea, for example, and soothing physical pain without highly addictive, potentially lethal painkillers like vicoden and oxycodone. It's even possible it could have positive implications for epileptic seizure prevention, though that's still a matter of pending scientific study, and it'll be a long time before there's anything like conclusive proof.

Speaking to CBS This Morning about the deeply concerning, anti-vaccination fueled measles outbreak in some parts of the country Murthy referenced the promising "preliminary data" on medical marijuana, and made it clear that he's curious where the studies might take us.

We have some preliminary data showing that for certain medical conditions and symptoms that marijuana can be helpful. So I think we have to use that data to drive policymaking, and I’m very interested to see where that data takes us.

Vivek didn't just offer up this analysis unprompted, however. He was put on the spot by Norah O'Donnell, who asked him to go on-the-record about whether he supported legalizing marijuana. Frankly, while it would've been exciting for a lot of people to hear him say "absolutely I do," that's probably a little much to ask just now — as the nation's top spokesperson for public health, it's a safe bet that he wasn't going to endorse a currently illegal drug before there's a truly robust scientific consensus on some of its benefits.

But being willing to even entertain the notion seems like a huge step in the right direction. it's also a very different candor from what we've heard from another would-be Obama administration official, Loretta Lynch. She's currently undergoing confirmation hearings in the GOP-controlled Senate to become the next Attorney General of the United States, and in doing so she's taken a fairly hardline stance against legalization of marijuana. And while that's plainly concerning — the justice system is more of less the cornerstone of the worst, most punitive, and most racist elements of marijuana prohibition, after all — it still feels like we're inching towards breaking new ground.