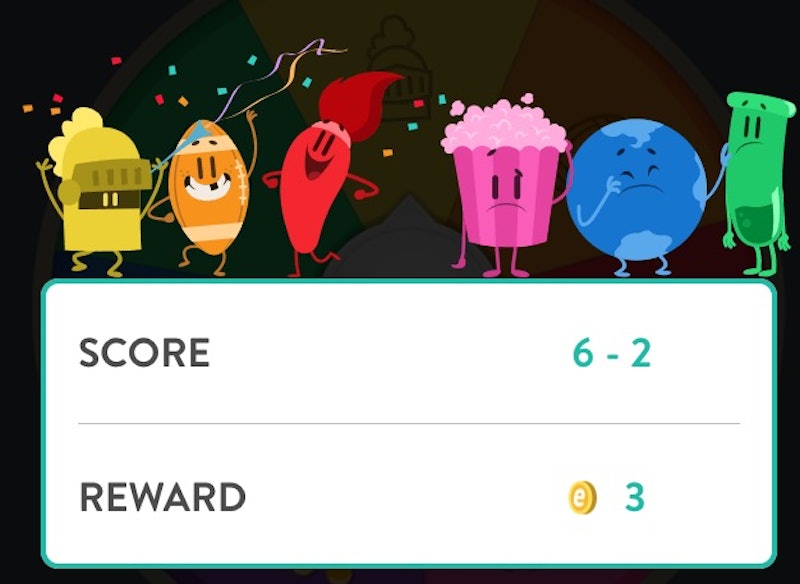 By now, that familiar clickity clack of the spinning multicolored wheel taunts you as it ticks past that sweet, sweet purple crown, instead settling on the smug orange football that waits to ask you a sports question to which you don’t know the answer. Seriously, how would I know how many points Michael Jordan averaged during his three years in North Carolina? That’s just ridiculous. If you’ve been hooked into the time suck that is Trivia Crack, you’ll know what I’m talking about. Despite the annoyances of the app — I’m looking at you Game of War Kate Upton — it’s an addictive game and basically the most interaction you’ve had with your Facebook friends in ages.

There are a few hacks and tips for things you can do, though, to make playing the game even more enjoyable. I know you’re better than cheating at Trivia Crack by using Google on your computer during those incredibly long 30 seconds it gives or by asking your friends for help (unless you’re playing against that guy in your friend group — you know which one I’m talking about. Screw that guy.). But these few ideas might just give you the extra oomph you need when you land on geography. Why does everyone hate geography? He’s so sad and blue. I like geography.

You can spin the wheel.

Did you know this? You can actually spin the wheel. Most players simply press the “spin” button in the middle of the wheel, but that’s for lazy, boring people. Trivia Crack aficionados know that you can swipe the wheel to spin it yourself. This helps you guide it where you want it to land, right? (No, as evidenced by the fact that I again landed on sports and was just asked which two NFL teams are the only ones to have met three times in the Super Bowl.)

There’s nothing worse than that one guy who always challenges you for your character instead of earning one himself. Really, dude? To avoid this situation, you should always choose a character your opponent already has when you land on a crown. This way, the next time it’s their turn to challenge, you’ll have all the same characters they do because you were asked which ship was sunk by an iceberg (ha!), and they have to answer who illustrated Hunter S. Thompson's Fear and Loathing in Las Vegas.

Work your way around the worst ads.

OK, this is undoubtedly the absolute worst thing about Trivia Crack. I’m not going to break down and pay the $2.99 for the version without ads, but someone should let Game of War know that I’m NEVER GOING TO DOWNLOAD their app no matter how many of their ads force me to click on it. There are a few ways to make sure you don’t accidentally click on the ad, which then opens the App Store and makes you want to smash Kate Upton’s face with your thumb.

Check out your & your competitor’s statistics.

If you click on the three lines in the top left corner that leads to all the nitty gritty settings, click on your profile. Maybe this tip is obvious, but it tells you how well you do in each category, so you know where your strengths are. But, when you’re in the middle of a game, if you click on your opponent’s name and photo, it will bring up their profile, too. Now you can see where their strengths and weaknesses are (they don’t know Hermione’s parents were dentists if their entertainment score is any indication) and use this to your advantage.

Steal from the weak.

On that note, I’ll leave you with one tip that’s a little bit cruel. If you’ve checked out what your opponent’s weaknesses are, you can really hit them where it hurts. Although you now know to strategically choose your characters based on which your opponent has, if your friend is not as smart and earns a character that you know they probably had to spend some coins to answer, now is the time to swoop in and challenge them for it, so once they lose it, they’re left weeping because they can’t remember what country Mila Kunis was born in (Ukrainian SSR, suckers).