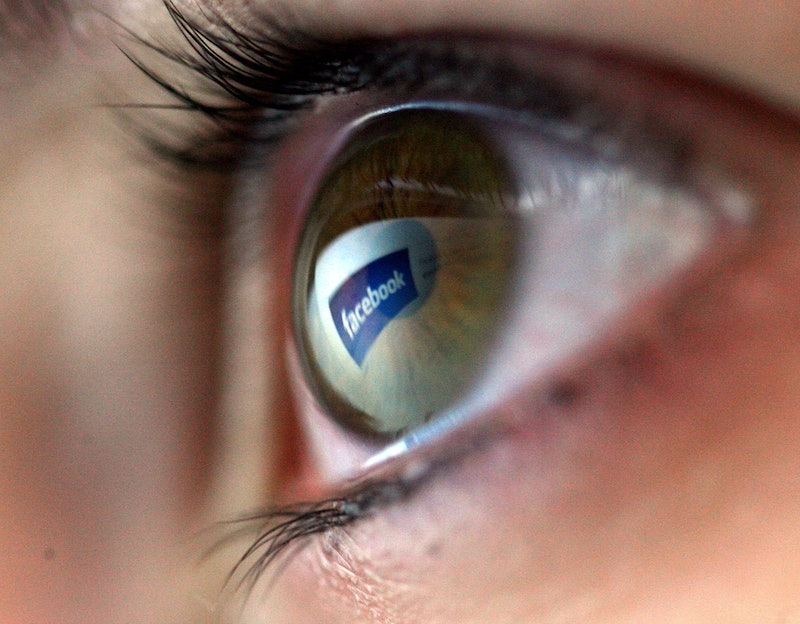 Facebook is a well known social media time-suck and young women spend an average of two hours per day on the website. Considering that, it's probably not a surprise that Facebook has an effect on body image — but not in a way you'd expect.

Facebook is obviously very image-based and many feel pressure to showcase their very best selves (even if their very best selves are Photoshopped) and compare themselves to everyone they've ever known or wanted to know (like your ex's new girlfriend). In fact, 10 million new photos are uploaded to the platform every hour.

They have been numerous studies that have shown that women who compare their appearance to others are less content with their own appearance. There has also been a lot of research that has shown that women who are consuming traditional media featuring other women experience body dissatisfaction. For example, 70 percent of women feel guilt or shame after spending just three minutes looking at a fashion magazine.

A recent study analyzed how Facebook affects women's body image, to see if the same principle held true with new media. The researchers assigned women to one of three groups, one of which browsed Facebook for 10 minutes, one who looked at a magazine's website, and the last of which browsed a website that had no focus on appearance. Those who spent time browsing Facebook experienced a more negative mood than the others and those who had a higher tendency to compare their appearances to others had more insecurities afterwards. But, the insecurities they faced concerned hair, skin, and face-related and weren't connected to their rest of their bodies. One week later the participants were asked about comparing their appearance to others and the researchers concluded that over the long-term, using Facebook didn't affect general body image...for those who didn't compare their appearance. Those who did had more desire to change their hair, skin, and facial features.

Looking at why this is true, it's thought that it's because Facebook is facially-focused, as there are more images of people's faces on the website than of their bodies. This could explain why the study participants were more motivated to change their facial appearances, since that's what they spent the most time looking at. In terms of the participants being in a more negative mood after being on Facebook, the researchers think this could be because of the social aspects of Facebook, since seeing your friends take lavish vacations, land kick-ass jobs, and hang with their perfect families can make anyone feel bad about themselves. Also, people tend to compare themselves to others regarding things that are important to them and since Facebook is often a platform people use to show only the best side of themselves, it can create a distorted viewpoint.

So when you're browsing your newsfeed, try not to compare your appearance to others (or anything else for that matter). You're gorgeous, and no one can measure up to your uniqueness.