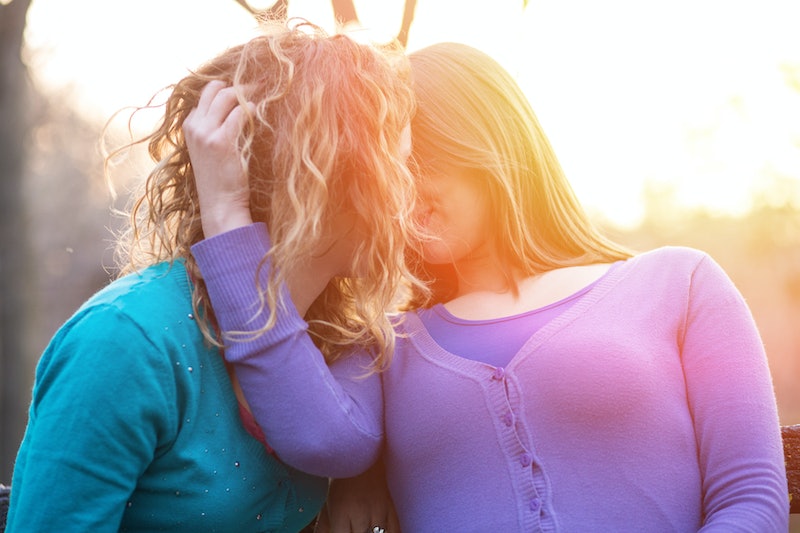 The lesbian dating world is full of allure, mystery, and charming short-haired girls who give you sultry head-nods from across the bar to let you know they're queer, they're here, and they want to jump your bones. The lesbian dating world is also full of predictable patterns, and some stereotypes that tend to come true (for example, the stereotype that lesbians basically move in with each other after the first date aka "Uhauling"? Yeah, that's real) which is why Buzzfeed's new video "Dating Problems Every Lesbian Will Recognize" is uncannily accurate and relatable.

One of the most recognizable problems in the video is the "accidentally-going-on-a-date-with-your-twin" thing that happens with a lot of lesbian women who meet online or are set up for blind dates. It's not uncommon for the women to both show up in the same flannel, fedora, and even haircut which can be awkward at best and a huge turn-off at the very worst. Something else that happens quite frequently for lesbian woman on the prowl for others like themselves to date or hook up with is the "oh! I know a lesbian" rhetoric we are often met with. Newsflash, team, just because you know a single lesbian doesn't mean we're going to hit it off or even get along!

But maybe the most important takeaway from the video is that no matter how diligently you look for love, sometimes you find it at unexpected times in unexpected places, lesbian or not.