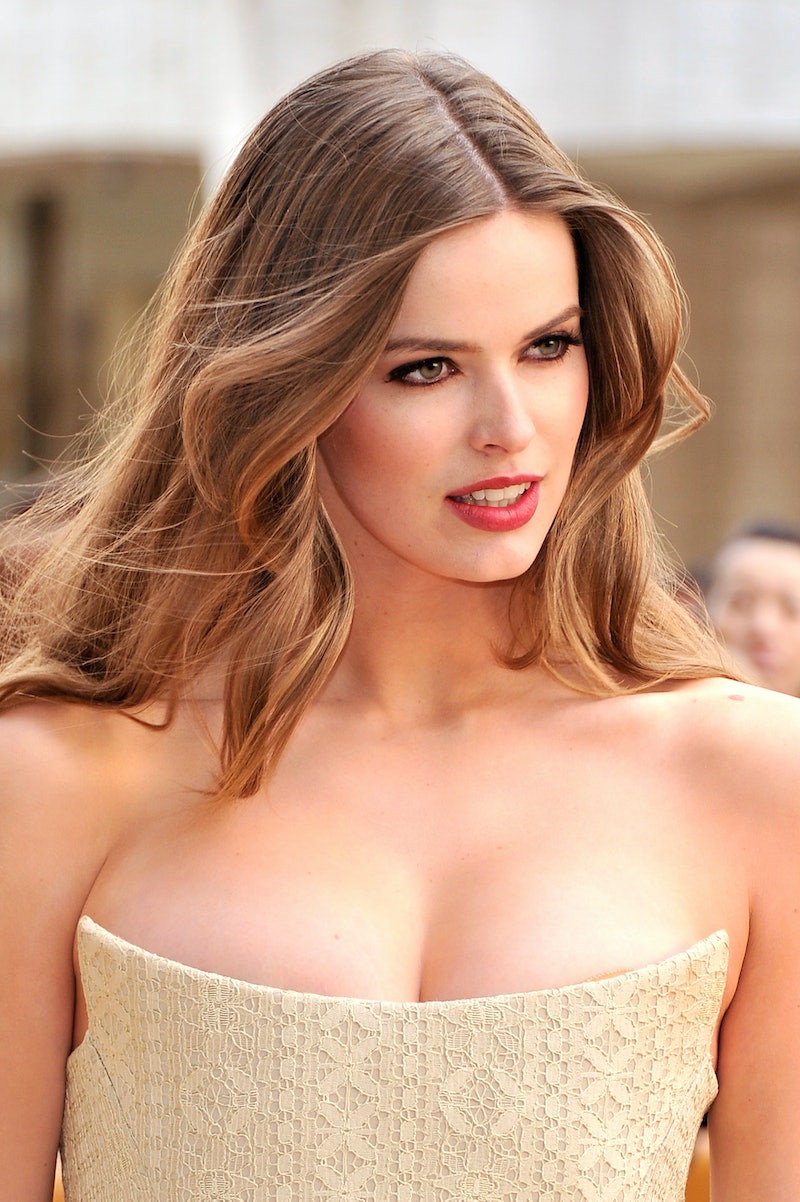 Sports Illustrated has long been known for the ultra racy Swimsuit Edition and its male gaze-pandering images of scantily clad models. But this year, the mag is breaking serious ground. Just yesterday it was announced that an Ashley Graham–fronted ad campaign would feature in the 2015 issue, making her the first plus-size model to ever grace SI's pages. Now we have some even more exciting news. Robyn Lawley will be in Sports Illustrated 's Swimsuit Edition as well — in the editorial pages!

The size 10 model, who's signed to Wilhelmina, has been named one of Sports Illustrated 's 2015 Rookies. She appears in the issue wearing an itsy bitsy, teensy weeny orange python bikini, which shows off her absolutely incredible bod (seriously, in what universe should that be considered plus size??) and flawlessly tanned skin. Lawley looks gorgeous, radiant, super toned, and — best of all — healthy.

Sure, Lawley is traditional-model hot, but for a publication such as this one to include a model above a size 6 is huge. No one is saying that catering to that aforementioned male gaze should be the epitome of achievement for women, but we can't deny the importance of featuring different body types in magazines that have historically favored the ultra-thin.