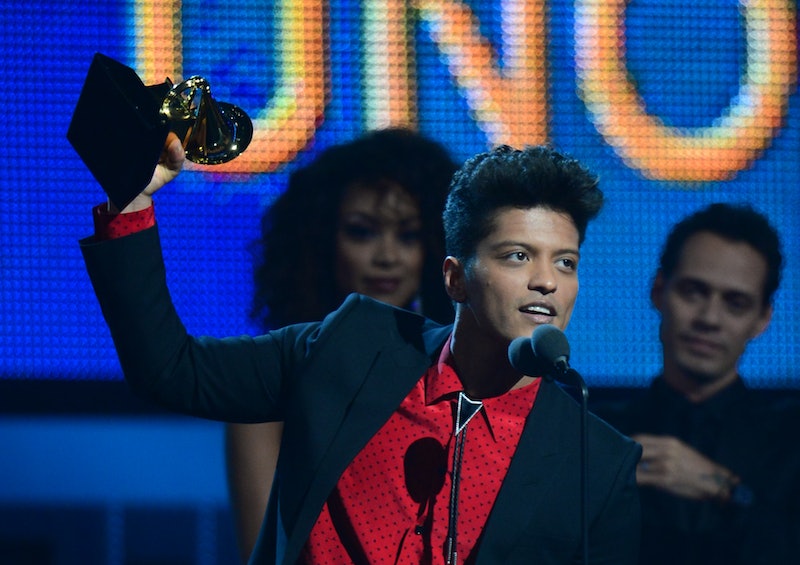 The 57th Annual Grammy Awards are all set to take place at the Staples Center in Los Angeles this Sunday, February 8 and Rapper-turned-NCIS­-actor LL Cool J will be hosting the event for the fourth consecutive year. It's not something any self-respecting music fan can miss, so even folks without a TV should find some way to join in. Enter: The options for how to stream the 2015 Grammys for free online (red carpet and all).

The performances will be numerous and, as usual, exceptional (OK, some will probably also be a little weird). Katy Perry, fresh off her Super Bowl stage, will perform, as will Beyoncé (who will be singing with John Legend and Common), the very “Happy” Pharrell Williams, Brit crooner Sam Smith (set to duet with the always soulful Mary J. Blige), Miranda Lambert, Madonna (debuting tracks from her latest album, Rebel Heart), Kanye West (with Paul McCartney — maybe you’ve heard of him — and Rihanna), AC/DC, Eric Church, Ariana Grande, and Sia. Ed Sheeran, Herbie Hancock, John Mayer, and Questlove have planned a collaboration, and duets will be sung by Annie Lennox and Hozier; Adam Levine and Gwen Stefani; Lady Gaga and Tony Bennett; Beck and Chris Martin; and Brandy Clark and Dwight Yoakam. There will, of course, be plenty of presenters as well — everyone who is anyone in the music business (and, you know, probably some that shouldn’t be anyone) will be there, so of course you’ll want to tune in.

For the first time, well, ever, CBS (who is airing the Grammy Awards) has just announced that it will stream the entire Grammy Awards for free online. The catch? It’s only in a few select markets — New York City, Los Angeles, Chicago, Philadelphia, Dallas, San Francisco, Boston, Detroit, Minneapolis, Denver, Pittsburgh, Sacramento, Miami, and Baltimore. Streaming is available on a laptop, Apple TV, or desktop courtesy of CBS’ on-demand channel, CBS All Access. It’s usually $6 per month, but CBS is extending a free one-week trial to subscribers in the aforementioned cities — but if you're only in it for the free awards show (some of us are caught up on The Good Wife, thankyouverymuch) just remember to cancel it after the week is over, lest you want to be billed to watch 25 seasons of reruns of CSI: Miami.

If you’re on an iPhone, iPad or Android tablet, you can use the CBS app to watch the Grammy Awards. You’ll also need a CBS All Access pass for this, as well. Not into the music and just into the gowns? The live stream of the show includes the red carpet (so you can play fashion police at home to your heart’s content) and exclusive behind-the-scenes content. And if you really want to be off the CBS grid, you can tune into E! Online's live stream of the Grammys red carpet instead (that won't help you with the actual show, but I didn't promise to have all the answers, now did I?).

Why is CBS offering all of this to online users? Perhaps NBC’s live free streaming of Super Bowl XLIX inspired them, or perhaps a network known for shows for our parents and grandparents is finally hip to the fact that many people get their shows from the Internet. Either way, it should make for a great night of music (and really weird outfits).