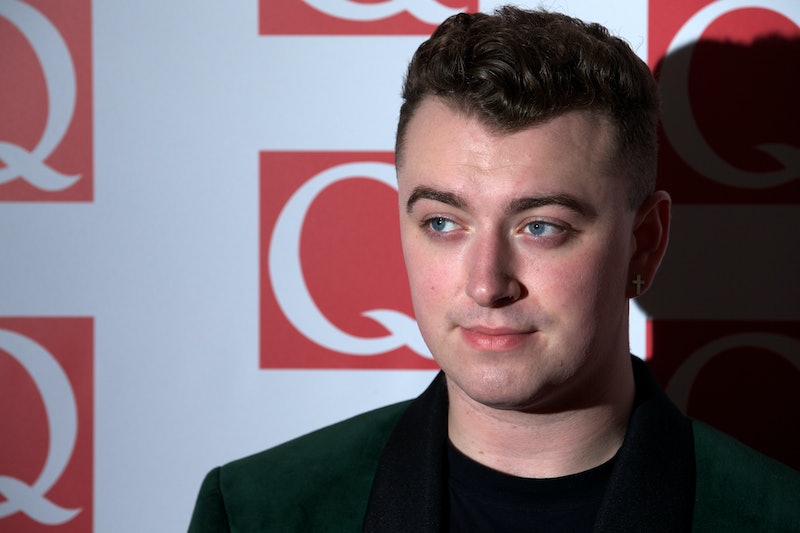 Sam Smith has done it again, and by "done it again," I mean, "reduced me to a puddle of tears over my laptop." The music video for Sam Smith's single "Lay Me Down" was released Thursday, and as of press time, there are almost 135,000 fans reaching for the tissues. Perhaps the most tragic thing about watching Smith's music video is that I actually didn't expect this one to be a tearjerker. Buzzfeed reported that the video would feature a gay wedding in a church, which was something I was pretty hyped to see — what's sad about pro-marriage equality, right?! Nothing!

Unfortunately, the beautiful wedding between Sam Smith and his equally beautiful music video husband is not the only ceremony that happens in this church — we also witness the funeral for the above mentioned husband. Cue the crying.

I really don't know why I'm surprised. After all, I had to actively train myself not to be bummed out by Smith's single "I'm Not the Only One," which was heartbreaking for completely different reasons. I guess it wouldn't be a Smith song without him driving home the theme that love is both beautiful and temporary, whether that's because your true love cheats on you or, you know, just dies.

That's not to say "Lay Me Down" isn't an incredible song; it is. And the music video is absolute perfection, even if to does make me want to write in my journal and eat cookie dough straight from the tube. It's pure proof that Smith is a master of his craft, and it's worth a watch (or nine.) Just, you know... don't say I didn't warn ya.