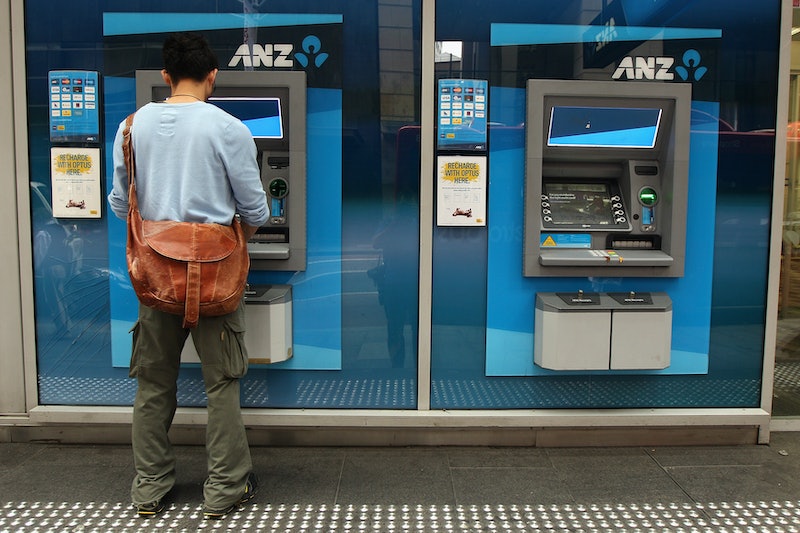 Ever wish that ATMs were more LGBT friendly? Well, you need to move to New Zealand where a bank has introduced four "GAYTMs" in honor of the annual Pride Festival. And who says banking can't be fun?

The brightly colored, glittery ATMs come courtesy of ANZ Bank, which made over four such ATMs in the cities of Auckland and Wellington to celebrate their official partnership with Auckland's Pride Festival. People who use the machines get a rainbow-colored receipt that features the message "Cash Out and Proud." The bank will also be donating the proceeds from any transactions by non-ANZ customers to OUTline, a counseling service for people dealing with gender identity and sexuality issues. So definitely hooray to that! The ATMs don't just look cool, they're also raising money for a good cause.

These ANZ Banks apparently got the idea for the GAYTMs from their Australian branches, which used them for Mardi Gras last year. For ANZ they are apparently not just a way of supporting the community, but also a show of support for their LGBT staff members. So far, the reaction to the rainbow ATMs seems to be very positive. Which makes sense, given that, like I said, they're pretty awesome.