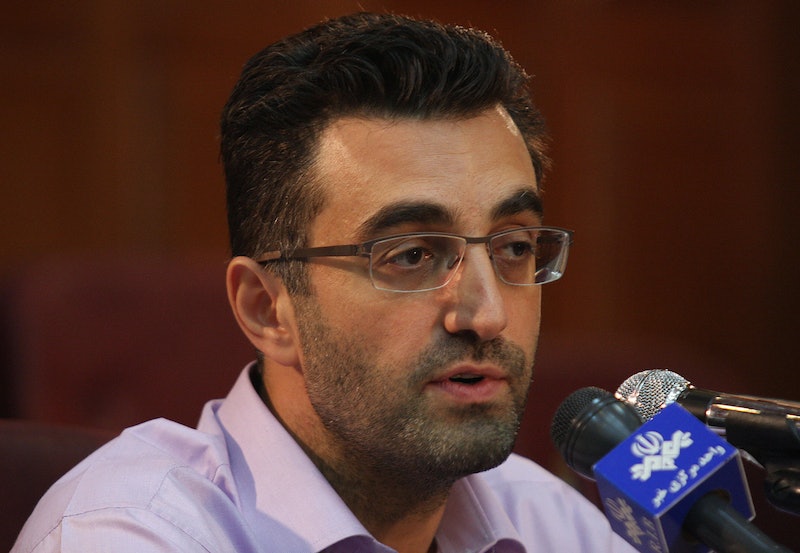 Jon Stewart's directorial debut Rosewater captivated audiences, and that largely has to do with the subject of the film, Maziar Bahari. Rosewater , which is based on Bahari's memoir Then They Came For Me, tells the story of how Bahari, an Iranian-Canadian journalist, was detained in Iran in 2009 during the Iranian Election Protests and held captive in Evin Prison and interrogated for 118 days, allegedly because the Iranian government thought him to be a spy. Part of the reason for his capture? A satirical interview (which was recreated in the film) that he gave with Jon Stewart's The Daily Show on American-Iranian relations. Seriously.

Though eventually released from prison, the experience was harrowing — of the 118 days in prison, 107 of them were spent in solitary confinement. Rosewater is his story, titled for the smell of his interrogator's perfume — the only identifying feature of the man who tortured him. "I could smell him before I saw him," Bahari wrote in this book.

Rosewater filmed in the country of Jordan in 2013, and Bahari has been involved in the press surrounding the film. His experience in Iran has certainly made him want better for the country that he once called home, and ultimately held him prisoner. Bahari is currently involved with Iran Wire, a "custom newswire for reports and links coming out of Iran." In addition, he works with Journalism is Not a Crime, an organization that provides information on freedom of the press, as well as Education Is Not A Crime, which speaks out about the injustices people in Iran face when attempting to receive an education.

On Feb. 27, 2015, the organization will host "Education Is Not A Crime Live" in Los Angeles, which will benefit the global campaign by "making some noise" with guests like Andy Grammer and Rainn Wilson. According to the event's site, Bahari himself will appear and is slated to interview some of the teachers who were suppressed after the Islamic Revolution in 1979.

Bahari may have been released from prison, but he hasn't put what he went through in his past — he's using the trying time to build a better future.