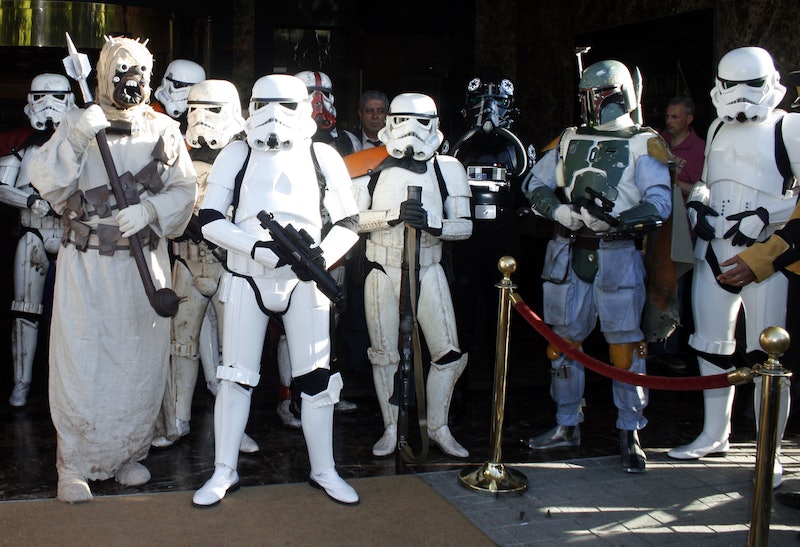 Ready to feel inadequate about your own winter exhaustion? Here we go: A bunch of Japanese troops have built the most epic/gigantic/unbelievably amazing Star Wars snow sculpture that you ever did see. It's literally building-size. Meanwhile, I've been whining for months about how cold I am, and can barely build one measly snowman.

Actually, a whole lot of snow-related epicness is happening right now in Japan: The Sapporo Snow Festival reportedly opens Feb. 5, and the bafflingly awesome Star Wars sculpture (which you can see below) is one of the entries. It stands like the Star Wars version of Mount Rushmore, and very much makes me wish there were a literal, carved-into-a-mountain Star Wars version of Mount Rushmore.

According to Quartz this thing was approved by LucasFilms and took a month, some scaffolding, and several bulldozers to build. And the full thing really is awesome, obvious references to Hoth aside: It's got a truly gigantic Darth Vader, as well as a posse of Storm Troopers. The amount of skill and planning something like this takes should not be underestimated. And at least we know it'll get its fare share of time to be admired: The Sapporo Snow Festival is billed as one of Japan's largest events, drawing about two million people to see the sculptures every year.

Frozen made an appearance, too, because of course it did.

Sooo, who else is feeling completely and totally inadequate right about now?