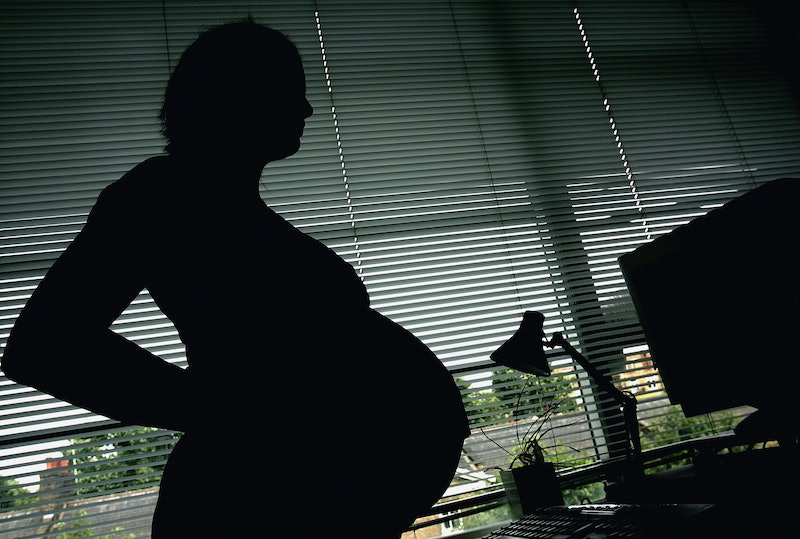 You know, you'd think they would learn. Yet another Republican who somehow was elected to make decisions on the behalf of the people he represents has made a comment insinuating that a pregnancy that results from rape is not so bad. Brian Kurcaba, the delegate who represents West Virginia's 51st District, spoke at a hearing about banning abortions after 20 weeks of pregnancy. Kurcaba said pregnancy is the "silver lining" of rape, because apparently the GOP lawmaker neither cares about women nor feels like getting re-elected next time around.

HB 2568, which bans abortions after 20 weeks, does not make exceptions for rape or incest victims. According to the West Virginia American Civil Liberties Union, the bill passed the House of Delegates' health committee as is, and it will go to the House for a full vote. During the hearing, Kurcaba said:

Although rape is unfortunate, the baby is a gift from God and is the silver lining in that situation.

Kurcaba's statement doesn't account for 1) Some people don't believe in God or gifts from God, 2) There's no silver lining to a rape, and 3) Some people, regardless of their personal beliefs about religion or abortion, don't want to raise a baby that was the product of rape. Although an amendment to exclude rape and incest victims from the ban was introduced during the hearing, it was voted down.

Even without the exception for sexual assault survivors, complete 20-week abortion bans can prove to be problematic for a myriad of reasons. Proponents of the ban say 20 weeks into a pregnancy is way too far along for an abortion, as the fetus can be about six inches long and begin to move at that point. But scientific consensus says that fetuses cannot feel pain at 20 weeks, and not to mention, abortions after that time are actually extremely rare, and usually are only used when a severe medical anomaly has been discovered. The West Virginia ACLU said in a statement:

Every pregnancy is different and each woman needs the best medical care available to her in every situation, especially if she has a high-risk pregnancy. A woman, her family and health care provider are in the best position to make these important medical decisions, not the government.

In January, Mother Jones published an article detailing the stories of several women who terminated their pregnancies after 20 weeks. The women included Abbey Willson, who didn't know she was a carrier of Ectrodactyly, which would have left the child's limbs so deformed that he would never live a pain-free life, and Alexis Stool, who was on the birth control that only gives you four periods a year and when she thought she was pregnant, her doctor told her it was possible to miss a period on that specific birth control. All of a sudden, Stool was six months pregnant and had been on medication for major depressive disorder and anxiety, and she couldn't be sure the mood stabilizers didn't have an effect on her pregnancy.

April Salazar, who also shared her story with Mother Jones, wanted the child she'd conceived with her husband, but she was told the child had lethal skeletal dysplasia and he would die from suffocation within weeks of being born. She wrote:

I think politicians who support these bills must be aware of stories like mine. They have to be. I think they feel personally compassionate but decide it's politically expedient for them to vote for these bans anyway. They'll say, "Oh, we have exceptions for hard cases." But that's absolutely ridiculous. Everything about a late termination is already so incredibly difficult. Even just picking up the phone to make the appointment. It's just adding another hurdle. It's just cruel.

Even though Kurcaba believes that pregnancy might be a silver lining from rape, there are many, many women (and men) who would disagree. It's not his right to decide that a woman's unwanted pregnancy is a gift from God — or that this result of rape is a good thing that came out of a traumatizing experience — and he shouldn't be given the authority to decide to make his misguided opinion law.