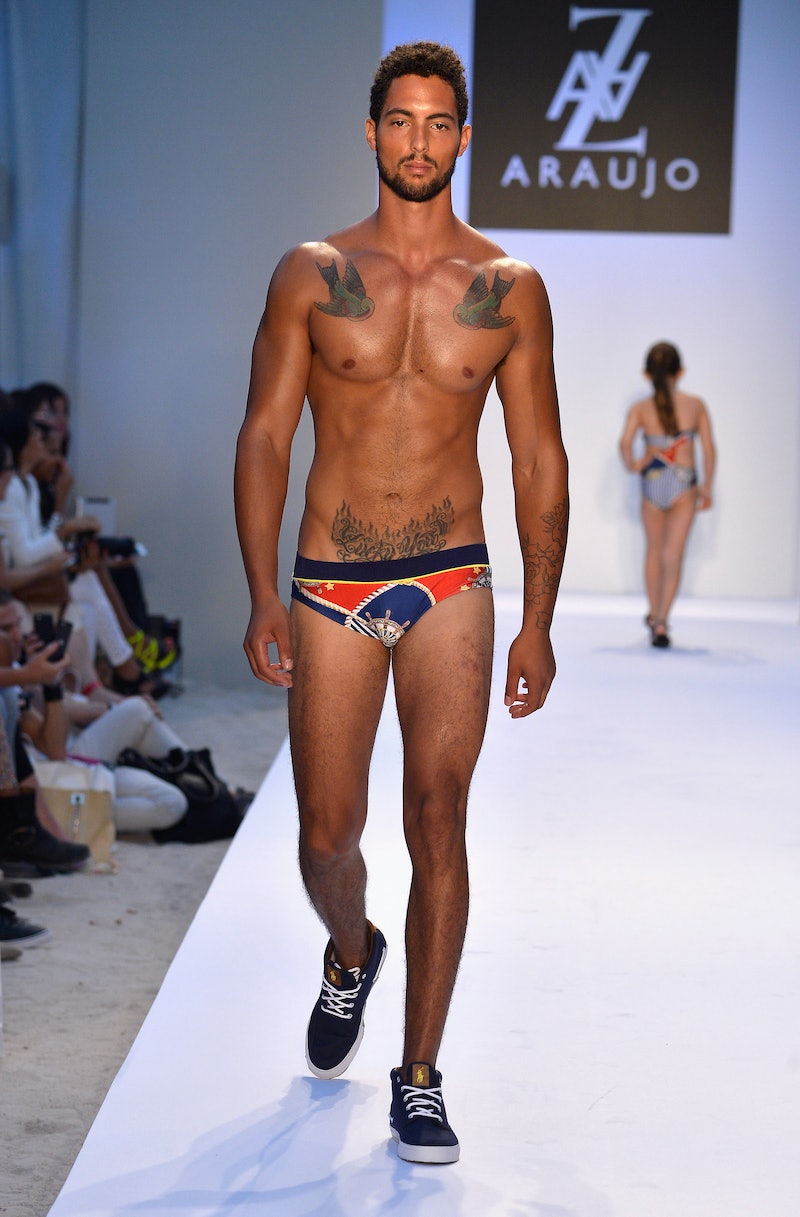 This underwear commercial from Paul Smith is weird. Awesome, but weird. In a whopping three-minute long video, two (hot) guys do crazy slacklining stunts on a tight rope between two mountains... while in their underwear. It's pretty epic and attention-grabbing, but it's not clear why witnessing these demigods would make a person want to go buy underwear.

Is buying boxer briefs as precarious as walking a tightrope? Is a tightrope supposed to make us think of tightie whities? Or does it simply boil down to the idea that "Wearing Paul Smith underwear will make you a badass"?

Either way, the ad below is at least more inspired than most men's underwear commercials. It's more impressive than the David Beckham for H&M spot, which was little more than an elaborate striptease (and which I admittedly watched more than once when it came out earlier this year). And it's worlds better than this unsettling video for Miroslav.

There are, however, two things wrong with the Paul Smith commercial. First, you don't see any undies until more than a minute in. Next, it's hard for me to believe that two cool dudes who were going to play around on a tight rope, practically naked in freezing weather, wouldn't just go all the way and free-ball.