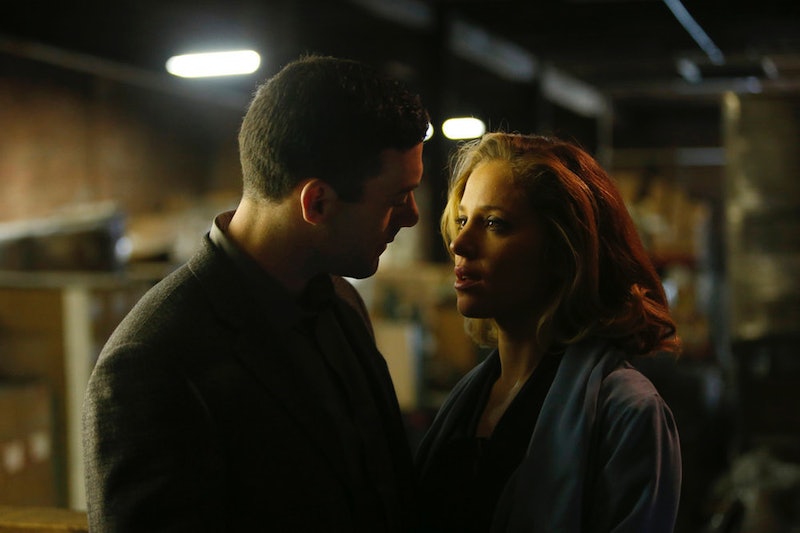 Before NBC's newest series Allegiance ever debuted, there was already negative press and comparisons for the show. Its a rip off of The Americans but worse, people said. But how could anyone actually say that before seeing a single minute of it? After Allegiance premiered on Thursday night, it was much easier to give the critique it deserved. Yes it shares some similarities with The Americans. And yes it can get a bit ridiculous with its plot twists and its character development. But man, is it still intriguing. The title of the series is so apt as it focuses on the dilemmas faced by many of the characters between loyalty to their families and loyalty to their country. But the character Natalie's loyalty is the most intriguing as she must choose between her SVR life and lover, and her family's attempts to live a normal life.

Natalie is a much more complicated character than meets the eye. From a young age, her mother Katya raised her and recruited her to be an SVR agent and she adopted that way of life brilliantly. She even has a lover within the SVR, her handler Victor. Somehow, her mother struck a deal with the SVR years ago to get out of the Russian spy game, but the agents are back, with Victor at the helm, to force Katya and her husband Mark to recruit their son Alex, a brilliant CIA analyst, in order to bring on some kind of large-scale attack on American soil.

So what's Natalie to do? She's obviously still got strong ties to SVR as she seems to really care for Victor. She proves in the pilot by striking him for mishandling her mother and trying to recruit her brother, yet she kisses him immediately after. And Victor himself didn't come up with the idea to recruit Alex, his orders have come in from higher up and even he knows that a "different" kind of person like Alex can't be recruited as his actions are too unpredictable.

But while Natalie loves her brother and doesn't seem to want him recruits, she also has conflicting emotions about her relationship with her parents. She clearly is bitter or at the very least hurt by the importance Alex is given in their family and the fact that her recruitment was more of an obvious action, while trying to recruit Alex is equivalent destroying their family. The conflict stems from real feelings siblings can have which makes it all the more effective.

In the end the question is simple: Where should Natalie's allegiance lie? Katya and Mark do seem to want to protect their whole family from the dangers and trials they faced as SVR agents, and Natalie is stuck in quite the predicament as her life and feelings for are much more complicated than any of the others. Obviously, Natalie cares for her brother and I doubt she'll want him involved in anything the Russians have planned, but at this point, they're all involved whether they like it or not.

Maybe Natalie could convince Victor to defect or at least help them protect their family as he clearly knows about their family and must have some feelings of compassion for Alex. He obviously has compassion for Natalie. If Natalie can use that to her advantage to guarantee the safety and an exit strategy for everyone she loves, she won't have to be put in the position of pledging her allegiance against her brother. But how cool would it be to see a brother/sister showdown? Now that's guaranteed good television.