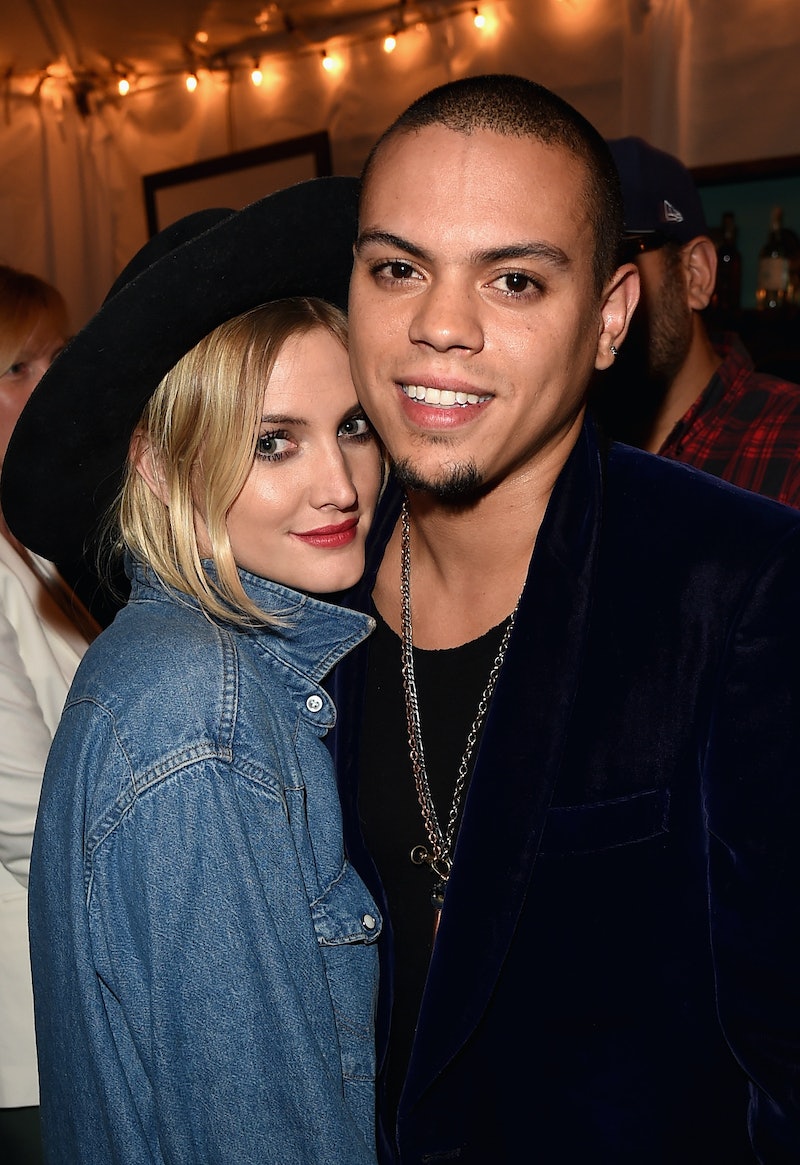 It's official, you guys. While all of us have known, or suspected, for months now that Ashlee Simpson and Evan Ross are having a baby, the gender of that baby has remained a mystery even to the most dedicated of fans. After all, it's not like we can look through Simpson's stomach to see for ourselves what's developing. However, People has confirmed with the couple that Ross and Simpson are expecting a baby girl, which just seems adorably fitting considering how fascinated the world has been with the Simpson sisters ever since Jessica Simpson had her own reality TV show.

According to Simpson, the couple was eager to know the gender of their baby so that Simpson could start decorating the nursery and, at present, she is five months along. However, all of that pales in comparison to this revelation that her first child, Bronx Mowgli Simpson-Wentz, is getting a new baby sister and is reportedly excited about it. And why wouldn't he be? He already has a half-brother in the form of Saint Lazlo Wentz (or is it Camper?), so it's about time he gets to have a half-sister as well so he can lord his older sibling superiority over both of them.

Which leaves only one question: What is she going to name her baby? This is the first child for Ross, but the second child for Simpson, which might suggest that we can expect a slightly out there, slightly trendy name like Bronx Mowgli based on past experience. However, considering that Simpson had her first child with Pete Wentz, who went on to name his second child Saint Lazlo, there's a chance that the Fall Out Boy frontman might have wielded a lot of influence when it came to Bronx's name — and that, left to her own devices, Simpson might choose something a little more demure for her little girl.

Via her older sister Jessica, Simpson has a niece and a nephew named Maxwell and Ace respectively. Ashlee, Jessica, Max, and Ace all seem to indicate that the new Simpson-Ross isn't going to have the kind of name that makes us normals raise our eyebrows at the sheer Hollywoodness of it all. However, Ross comes from a large family and his half-siblings have names ranging from Tracee to Chudney, from Rhonda to Katinka, so the couple might elect to go with something inspired by Ross' heritage, something a little less predictable than a Tiffany or a Chelsea.

Maybe now that Blake Lively and Ryan Reynolds have denied their baby's name is Violet, Simpson and Ross might pick it up as inspiration for their own child. Maybe they really will name the girl Shadow after Simpson's first mainstream hit song. Or maybe we simply have no way to break into the mind of celebrities when it comes to their desired baby names and we should just wait and see. But what fun would that be?