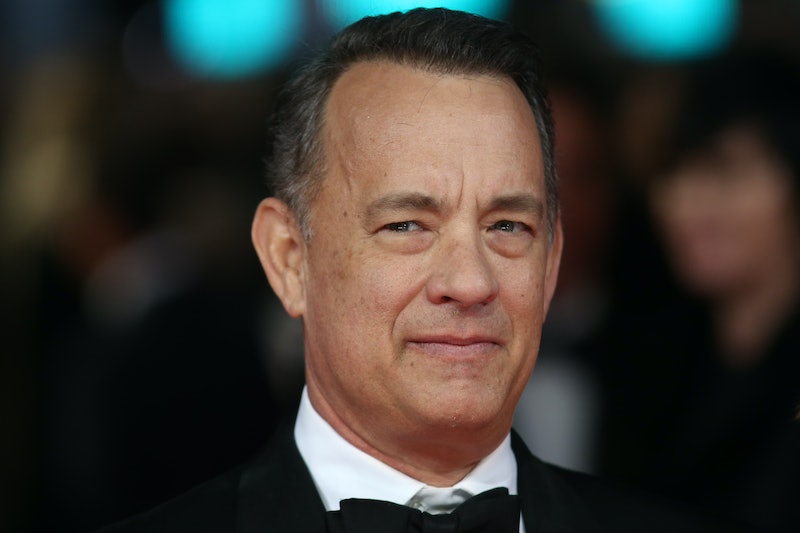 Tom Hanks has come a long way since Cast Away, but apparently he hasn't moved on from Wilson. Wilson is, of course, a volleyball that Chuck Noland (Hanks) befriends while stranded on an uninhabited island. While at a Rangers game in New York on Wednesday, someone threw Hanks a pretty decent re-creation of Wilson, though it was much cleaner than the movie version, and hopefully not decorated with real blood. The touching reunion was then caught on the Jumbotron.

Wilson has continued to play a roll in pop culture since the film came out in 2000. He won the Best Inanimate Object award from the Critics Choice Awards and was sold at auction for $18,500. Here's a fun fact: In researching the film, screenwriter William Broyles, Jr. stranded himself and befriended a volleyball he found. And thus Wilson was born. You can still buy a Wilson volleyball from Wilson Sporting Goods, which is perhaps where the one at the Rangers game came from, and, of course, Wilson has a Twitter account. In the film, Hanks eventually loses Wilson in one of the most tragic human/volleyball love scenes of all time.

The return of an old friend put Hanks in good spirits. He displayed the ball before chanting "Let's go Rangers!" And maybe Wilson was a good luck charm. The Rangers beat the Bruins 3-2.