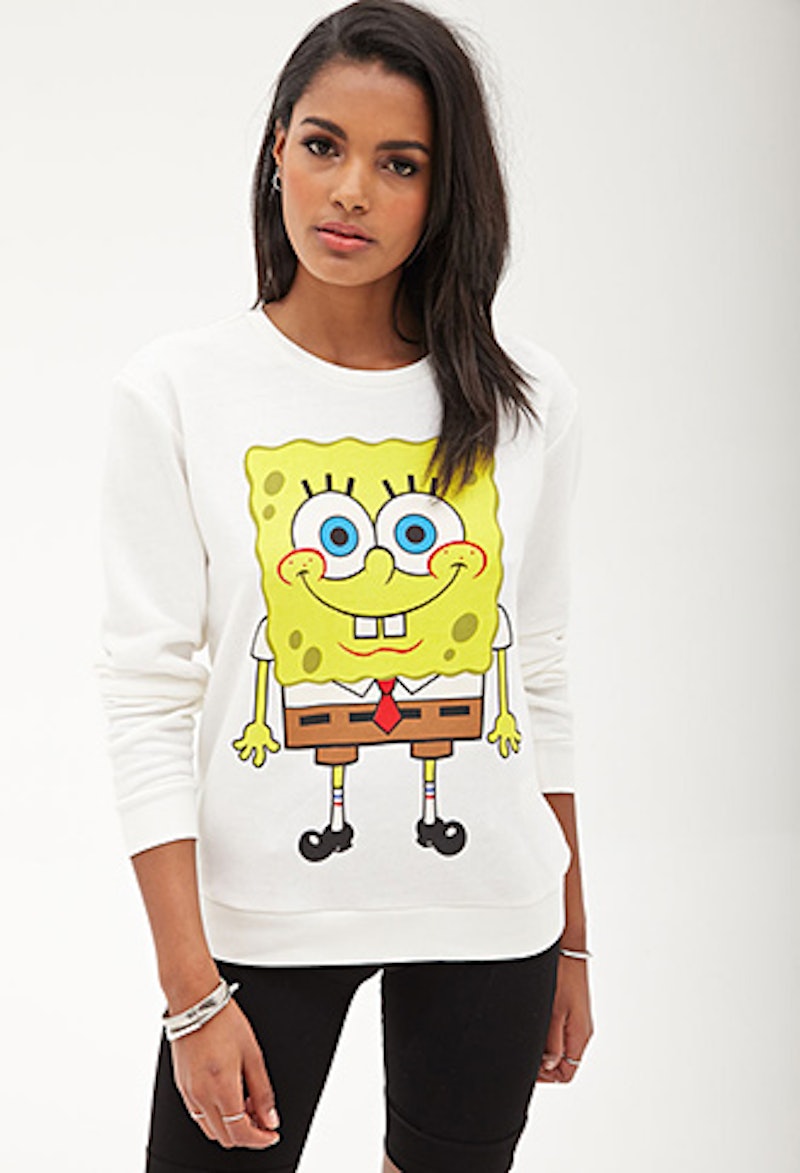 Let's get real here. SpongeBob SquarePants is hilarious, and many adults who grew up with the TV series still like to tune in from time to time. On more than one occasion, however, SpongeBob and his troupe of sea creature friends have caused a bit of mischief. This his may have inspired Korean hip-hop illustrator Mina Kwon to put an edgy spin on the popular cartoon character in an exclusive collaboration with Forever 21 and Nikelodeon. The Forever 21 x SpongeBob SquarePants limited-edition collection will supply women's, men's, and girl's apparel and accessories just in time for the release of SpongeBob Movie: Sponge Out of Water.

The line is full of humorous and playful phrases meant to brighten up anyone's day and features a roster of the cartoon's heavy-hitters such as, SpongeBob SquarePants, Patrick Star, Squidward Tentacles, and Mr. Krabs. Since Mina Kwon is known for her distinctive, colorful street culture inspired designs, it's no coincidence that phrases like "Turn Up" and "Ssup?!", and motifs like retro boomboxes, gold chains, and backwards caps have been added to the mix. Forever 21 will be launching the collection at its Times Square location on Friday, February 6th.

If you're still a bit of a kid at hear, you're definitely going to want to get your hands on some of these goods!