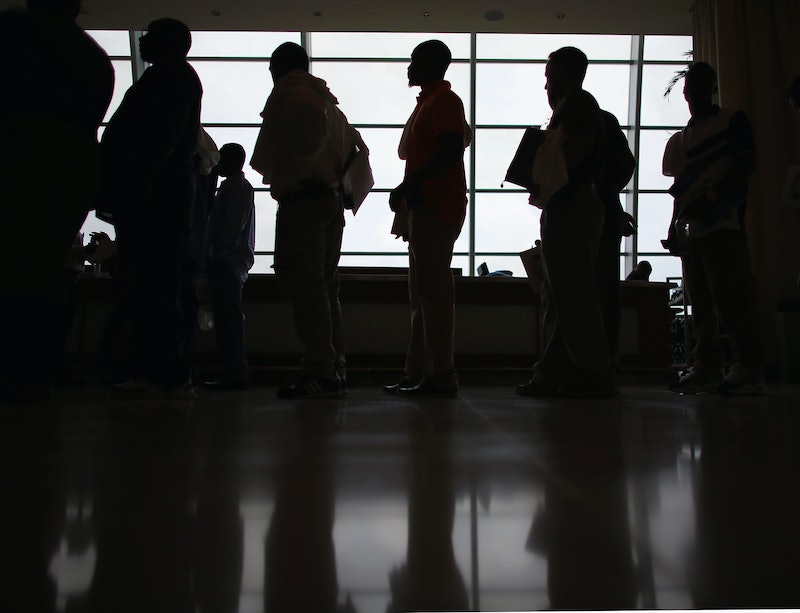 On Friday, the monthly jobs report came out, detailing how much the U.S. labor market grew over the month of January, and how the unemployment rate changed as a result. But lately, there's been some brouhaha over just how accurate or meaningful the Bureau of Labor Statistics' (BLS) unemployment rate is, thanks to criticism from a pretty high-profile source — Gallup CEO Jim Clifton, who called the figures a "big lie" in an opinion feature this week. So, is he right? Are January's unemployment numbers truly a "big lie?"

It's not exactly an easily answered question, because it depends heavily on how you interpret lying in a political and bureaucratic sense. But, on the whole, the answer is no — to call the unemployment rate in America a "lie" is itself misleading, not least of all because the issues Clifton is raising aren't hidden, nefariously or otherwise. In fact, they're overtly, plainly stated by the BLS themselves. As coolly noted by the Washington Post's Matt O'Brien, the bureau's website has a section detailing how the unemployment rate is tallied, and it makes the deficiencies of the model very clear. Clifton's claim that it's all a lie, essentially, is just the claim that not enough of us have bothered to take note of them.

Here's the basic deal: Unemployment numbers are tallied in such a way that a large number of people who are most definitely unemployed are still not being counted. That's the true, iron core of Clifton's criticism, though he frames it in a problematic way. How does the BLS actually determine whether to count you as unemployed? Like this — you have no job, but have actively searched for work in the last four weeks, and are ready and available to start working if it's offered.

But what counts as actively searching for work, you ask? Here's how the BLS describes the actions that qualify, taken straight from their website.

If you don't meet those criteria, however — if you've been unemployed for a very long time, let's say, and due to apathy or despair you've given up looking for work entirely, you don't get counted in the tally. Clifton is right to highlight this a major weakness of the unemployment rate, because it's a crucial distinction — despite unemployment sitting at 5.7 percent according to the January jobs report, the number of truly unemployed Americans is much higher. And that's without even taking underemployment into account, another facet Clifton mentions in his criticism.

But calling it a "big lie" is belied both by the open availability of the unemployment methodology on the part of the BLS itself, as well as the amount of attention this issue's gotten in the media. While his op-ed is written in the style of the dramatic reveal, the problems with unemployment figures have been a subject of debate for years. No less than the ostensibly liberal Huffington Post had a feature explaining this back in Oct. 2014, detailing how long-term joblessness was being overlooked in the numbers.

Basically, to call the unemployment rate a "big lie" is to assume it makes claims for itself that it doesn't. That's not to say Clifton's analysis is particular wrong besides that point — I actually think having the discussion is probably helpful, given that more people will become informed of how the rate is actually figured out. But the allegation of lying goes further than is accurate, and the breathless tone aside, these are things labor market observers have been talking about for a long time.