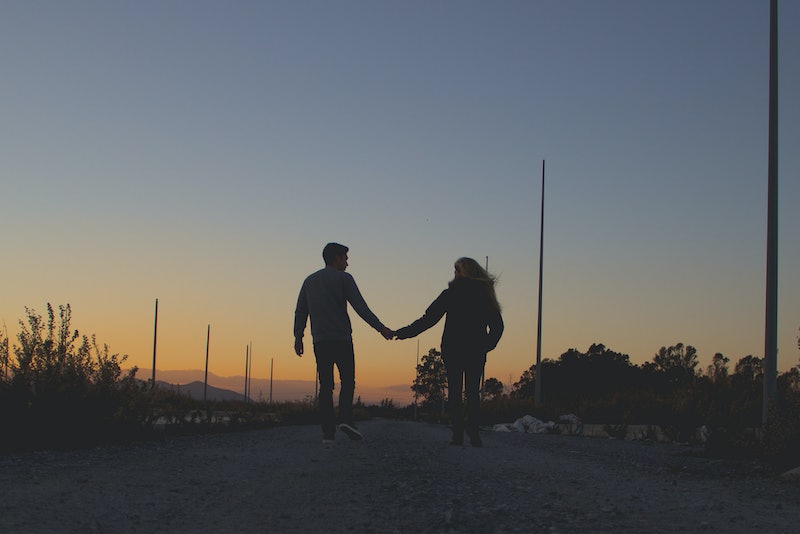 If you're out to fall in love, silence is going to kill all your dreams, at least according to science. New research suggests that background music is an important aid to falling in love. So whether you're looking for love or looking to avoid it, keep that in mind next time you're picking date spots.

This new information comes to us from the psych department at Aoyama Gakuin University in Japan. Researchers looked at 32 young people in their teens and twenties looking to meet up for konkatsu, or "marriage hunting." The participants in the study were divided into groups of four (consisting of two male/female pairings) and told to keep conversation smooth an amicable, which is always good advice when you're looking for a potential spouse, whether you're in a study or not. The participants talked for about 20 minutes, and were asked to rate their impression of their partner before and after the conversation. Some groups had soft background playing during their conversations, while others had no background music present.

And lo and behold, it turns out that while face-to-face conversation improved just about everyone's impression of the other person, background music "facilitated the feelings of love for the partner of the opposite sex."

In other words, having music on helps make you fall in love.

The question, of course, is that if this wasn't just a random fluke, how does the whole thing work?

Well, the researchers think it might be that having music playing might alter people's behavior and make them more charming during conversation. I'd also guess that the fact that silence can be intimidating might play a role, too. After all, small gaps in conversation are less awkward if there's background noise to briefly focus on, and that not only makes pauses more comfortable, but takes a lot of pressure off people trying to make conversation.

And then, of course, there's just the fact that music has the ability to alter people's moods all on its own, potentially making people feel happier and thus affecting their perceptions.

So what type of music did the researchers use to produce these lovey-dovey effects? The paper doesn't specify, though it does note that the music was selected by the research team (presumably for consistency between groups) and that the effects they observed might be even stronger if people could choose their own music. But as to what types of music might be best, this doesn't provide any clues.

The major takeaway is just make sure that if love is your goal, you go someplace that has something playing in the background. It pays off.