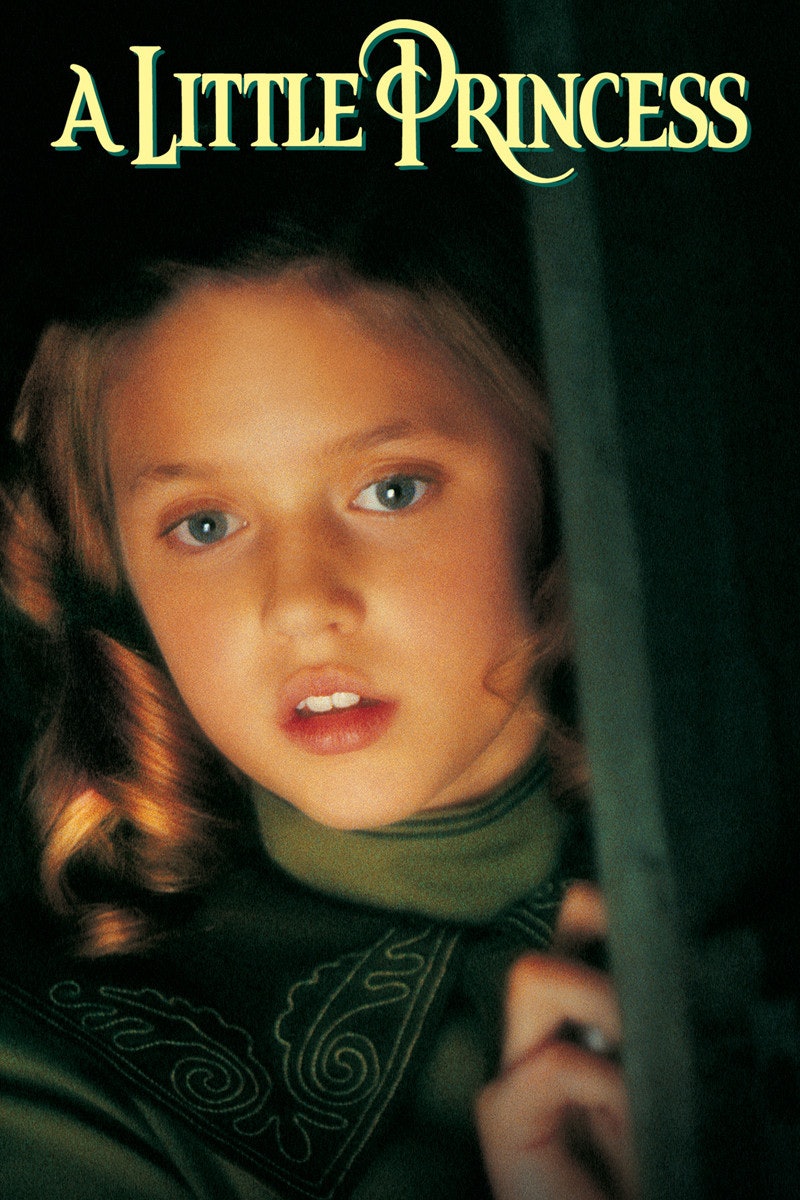 Alfonso Cuarón is getting heaps of praise for Gravity , his newest movie starring Sandra Bullock and George Clooney, and we're not surprised. Over the course of 22 years and 7 films, the director has proven that he's one of the most talented, creative filmmakers working today. From the single-shot wonder that is Children of Men to the powerfully dark Harry Potter and the Prisoner of Azkaban, Cuarón's films never fail to astound. The most astonishing of them all? A little film from 1995 called A Little Princess, a visually stunning, hugely affecting triumph of a film that's nothing less than a storytelling masterpiece.

For those of you who haven't seen the movie since its release, here are Bustle's eight reasons to do yourself a favor and give it a re-watch:

All the hype around Gravity make it seem like it's the first beautifully shot movie in history, but fans of Cuarón know that's far from the truth. All of the movies in his filmography are gorgeous, but A Little Princess takes the cake. Every scene, from Sara's memories of India to the giant feast in the attic (more on that later) is stunningly vivid. The cinematography manages to capture every emotion felt by Sara and the others, making their stories — and the movie — feel powerfully alive.

It's a shame Liesel Matthews stopped acting, because her performance as Sara in A Little Princess is tremendous. The actress commands the camera's attention in every scene with remarkable ease, considering that she was 10 years old at the time of filming. It's a powerhouse performance. Unfortunately, Matthews only shot two more films post-Princess before retiring from acting. Not to worry, though — Matthews, a member of the ridiculously wealthy Pritzker family, is heiress to the Hyatt Hotel fortune. Yes, the girl from A Little Princess is basically a princess herself. So it's a safe bet that her career's doing okay.

A Little Princess has been described as "magical," and this is never more apparent than in the scenes where Sara is telling stories to her captivated fellow students. She spins addictive tales about life in India and the Ramayana, mesmerizing the girls with her vivid imagination and storytelling prowess. When Miss Minchin interrupts the group and the stories end mid-way, the students aren't the only ones left in suspense; we, the viewers, are enchanted by Sara's stories, too.

Before FoodPornDaily.com, there was A Little Princess. When the kind-hearted, watchful Indian immigrant next door sees Sara and her friend, Becky, eat a pretend feast after they've been denied food by the awful Miss Minchin, he decides to take action. The girls wake up the next morning to an actual feast, filled with all the delicious food they'd imagined eating the night before. It's amazing.

Every fairy tale needs a villain, and A Little Princess is no exception. Miss Minchin (Eleanor Bron), the headmistress of Sara's boarding school, is cruel, intimidating, and intent on making Sara's life miserable. She throws her into servitude, confiscates her possessions, and screams at her that she's a worthless, awful waste of a person. She's not much better to the other students — she taunts slow readers and treats the African-American servant with disgust — but she takes the worst of it out on Sara. When, at the end of the movie, Miss Minchin is forced out of a job and reduced to being a chimney sweep, we can't help but be ecstatic that the miserable woman finally gets what she deserves.

In the movie's climax, Sara attempts to escape the school in order to avoid capture by the police, whom Miss Minchin has called after wrongly accusing Sara of stealing. So Sara, using a plank as a bridge, slowly walks from the school to the house next-door. It's a heart-pounding scene, and the moment when Sara slips — only to, thankfully, find her footing a moment later — is enough to cause an anxiety attack. The rest of the scene is thrilling, with Sara's long-awaited, emotional reunion with her father, but it's that narrow, dangerous escape that's the most exhilarating.

The movie ends on a fairytale note because it is a fairytale. After reuniting with her father, Sara leaves the school to go back to India, taking Becky with her. It's a little unrealistic — how is Captain Crewe totally cool with adopting a kid he's never met just because she's Sara's friend? — but it's wholly satisfying. The family's fortune is restored, Miss Minchin gets to suffer, and Mr. Randolph, the man next door who cared for Sara's father while he recovered from his injuries, gets closure on his son's death. Even Lavinia, the mean school bully who does nothing but brush her hair for most of the movie, comes to peace with Sara. It's a perfect end to a perfect movie.

A Little Princess is technically a children's movie, but it's just as easily able to capture the hearts of adults. It's fast-paced and imaginative, heart-wrenching and poignant. Adults who dismiss it as a silly movie for kids are missing out on one of the most affecting, invigorating movies ever made.