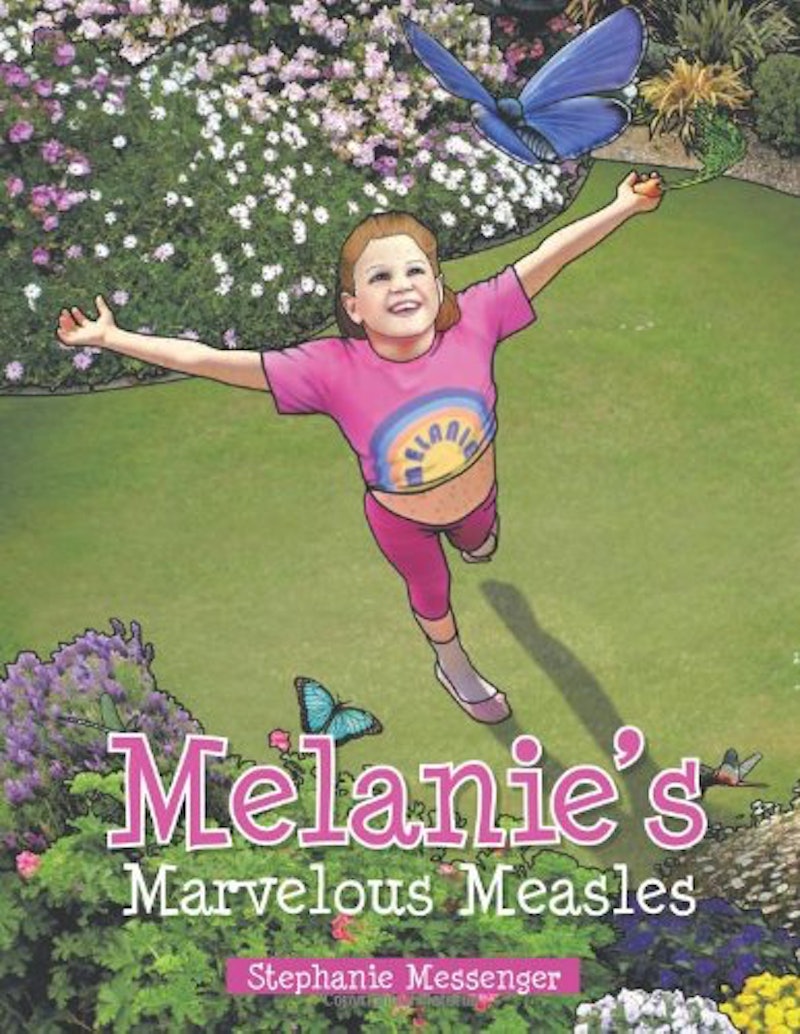 Suppose you're picking out some books for your young son or daughter, and you really want to find something that educates them. Informs them, both about the experiences they'll have in their young lives, and about those deepest-held beliefs that you want to pass on to them. Got it? Okay, now, imagine that you're also an anti-vaccination activist. Mix those together, and this is what you end up with: Melanie's Marvelous Measles, an anti-vaccination children's book that's maybe the worst thing ever. It's vying for the title, at least.

It's not a new book — it was first sold in 2012, and it's gotten some appropriately negative press since then. The basic gist is this this: the anti-vaccination movement broadly believes in a debunked 1998 study authored by a disgraced, fraudulent researcher, which asserted a link between vaccination and autism. Multiple further studies have disproved this. It is, insofar as science can prove anything, not true.

But that hasn't stopped the anti-vaccination momentum. And so, we get a book like Melanie's Marvelous Measles, which encourages children to look on a potentially fatal, entirely preventable disease as a gift, an excitement, and even a benefit to their health. You read that right — anti-vaccination activism is trying to put a positive spin on having measles.

Without further adieu, here is a description from the book's author, Stephanie Messenger.

Melanie's Marvelous Measles was written to educate children on the benefits of having measles and how you can heal from them naturally and successfully. Often today, we are being bombarded with messages from vested interests to fear all diseases in order for someone to sell some potion or vaccine, when, in fact, history shows that in industrialized countries, these diseases are quite benign and, according to natural health sources, beneficial to the body. Having raised three children vaccine-free and childhood disease-free, I have experienced many times when my children's vaccinated peers succumb to the childhood diseases they were vaccinated against. Surprisingly, there were times when my unvaccinated children were blamed for their peers' sickness. Something which is just not possible when they didn't have the diseases at all.

While there's some meandering in there that tries to set the stage — "messages from vested interests," "according to natural health sources" — nothing quite prepares you for the thrust of the paragraph above. Basically, she's pro-measles, arguing that there are "benefits" of having them. For the record, the World Health Organization says that 145,700 children around the world died from measles in 2013. And it's resurged to life here in the United States recently, with a particularly conspicuous outbreak in California, the land of harrowingly low vaccination rates.

The anti-vaccination movement is equal parts infuriating, frightening and tragic. Infuriating because the science doesn't back it up, and it all hinges on familiar leading questions and threadbare conspiracy theories. Frightening because the loss of so-called "herd immunity" threatens everyone, especially those with weakened immune systems who can't take the vaccines themselves. And tragic, because it's a movement ostensibly about protecting children, and instead imperils young lives daily. It's easily to laugh at something like this bizarre, awful book, but in all honesty, it's probably better to cry.