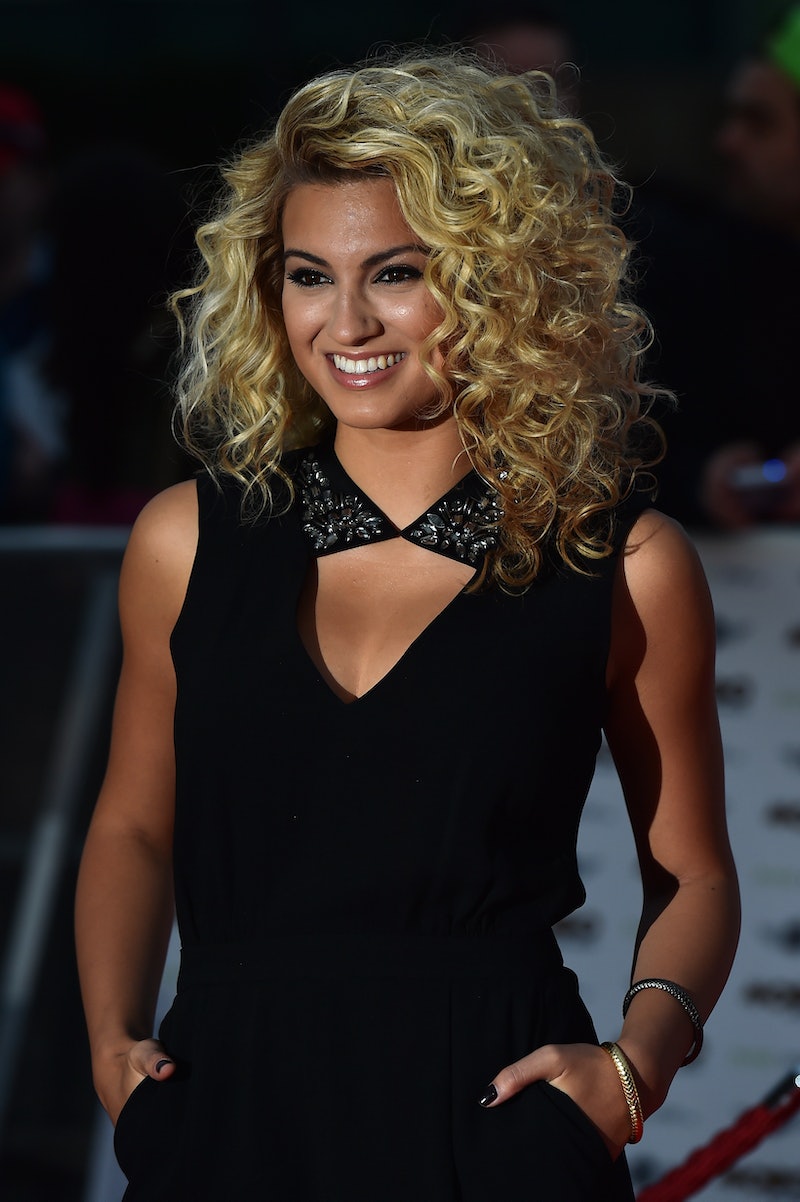 If you couldn't get enough of Ariana Grande's "Problem," you're definitely going to like Tori Kelly's new single, "Nobody Love." Much like "Problem," "Nobody Love" is a fun, up-tempo pop record with retro flair that you'll be singing along with in no time. The song was actually crafted with the help of "Problem" hit-maker Max Martin, so it makes sense that the two tracks sound a bit similar at times.

Kelly is a 22-year-old up-and-coming singer who's probably best-known for appearing as a contestant on Season 9 of American Idol (though she was eliminated before the live shows began). She caught the attention of famed music manager Scooter Braun (Grande, Justin Bieber, Carly Rae Jepsen, etc.) a couple of years ago with her YouTube covers, and eventually signed a contract with Capitol Records (home of Katy Perry and Sam Smith, among others). She's currently focusing on recording her full-length major label debut. The future looks bright!

On the first verse and pre-chorus to "Nobody Love," Kelly sings about a relationship that's "going nowhere," but she just can't seem to tear herself away from it:

Everybody's looking for that something

No one ever wants to pay the price

But we ain't going anywhere tonight

I should be more cynical and tell myself it's not OK

(To feel this good when I'm with you)

Try my best to fight it, say I hate you, but I always stay

When the bass-heavy chorus hits, you'll totally understand why I've compared the track to "Problem":

So, how does Kelly stand out from the pack of hundreds of other young singers who are also looking for their "big break"? Well, for starters, she has some serious vocal chops. Strangely enough, being able to truly sing well isn't always a pre-requisite for becoming a pop star these days (admittedly, there are other important factors), so it's cool to hear a new artist who can just let go and wail. (Of course, it's also nice to hear a new artist who knows how to exercise restraint — but it certainly seems as though Kelly can do that, too.)

Additionally, according to her official website, Kelly has worked with an impressive set of successful musicians on her as-yet-untitled new album, including Savan Kotecha (Britney Spears), Toby Gad (Beyoncé), Claude Kelly (Kelly Clarkson), and Ed Sheeran, which suggests that Capitol is taking the launch of her career very seriously. (Label support is super important — and it's not always guaranteed!) I, for one, am really looking forward to hearing more material from Kelly. "Nobody Love" has piqued my interest.

"Nobody Love" is available on iTunes now.

More like this
What Is Ariana Grande's Net Worth? When It Comes To Money, She Has No “Problem”
By Hugh McIntyre
Justin & Hailey Bieber's Bond Is "Unbreakable" Amid His Ramsay Hunt Diagnosis
By Bustle Editors
Adele Says It Would Be “Wonderful” To Have Kids With Boyfriend Rich Paul
By Jake Viswanath
Rihanna Is America's Youngest Self-Made Woman Billionaire, According To 'Forbes'
By Hugh McIntyre
Get Even More From Bustle — Sign Up For The Newsletter