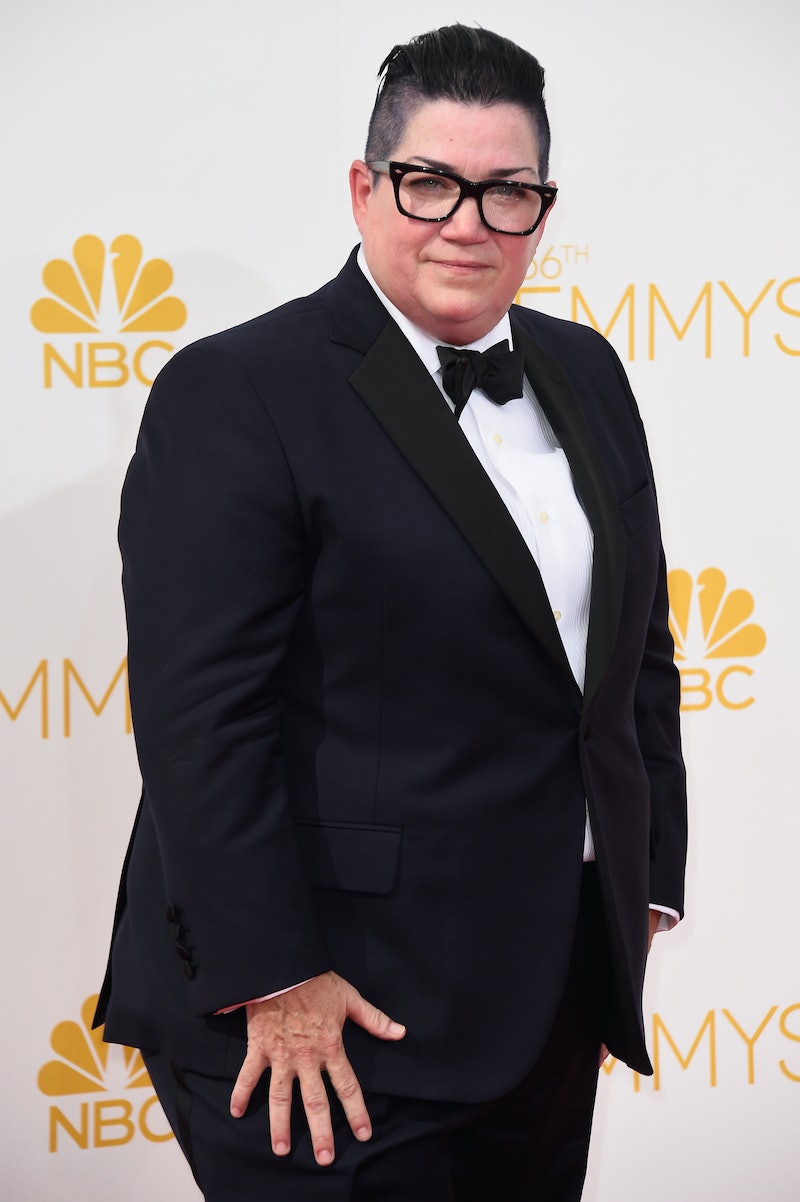 Congrats are in order for this Orange Is the New Black actress! Lea DeLaria is engaged to her girlfriend Chelsea Fairless. DeLaria, best known for playing Big Boo on the Netflix hit, and her fiancée, who is a fashion editor, announced the exciting news via DeLaria's Facebook page on Friday, Feb. 5. The announcement isn't your typical one, because it's humorous and will surely make you laugh. It reads,

Yes b--ches I am engaged. Despite their concerns about the patriarchal confines of marriage, actor / singer Lea DeLaria & editrix Chelsea Fairless of Brooklyn, New York are pleased to announce their engagement ... No date has been set for the impending nuptials but it's safe to say that it will be the event of the season, or a total s--t show.

The humor doesn't stop there, because the written announcement was accompanied by a photoshopped photo of Liza Minnelli's 2002 nuptials to producer David Gest. DeLaria and Fairless are seen in the photo replacing Minnelli and Gest, all while standing next to wedding guests Michael Jackson and Elizabeth Taylor.

See? I told you their wedding announcement would make you laugh. Also, I think it goes to show you how much fun their wedding will be.