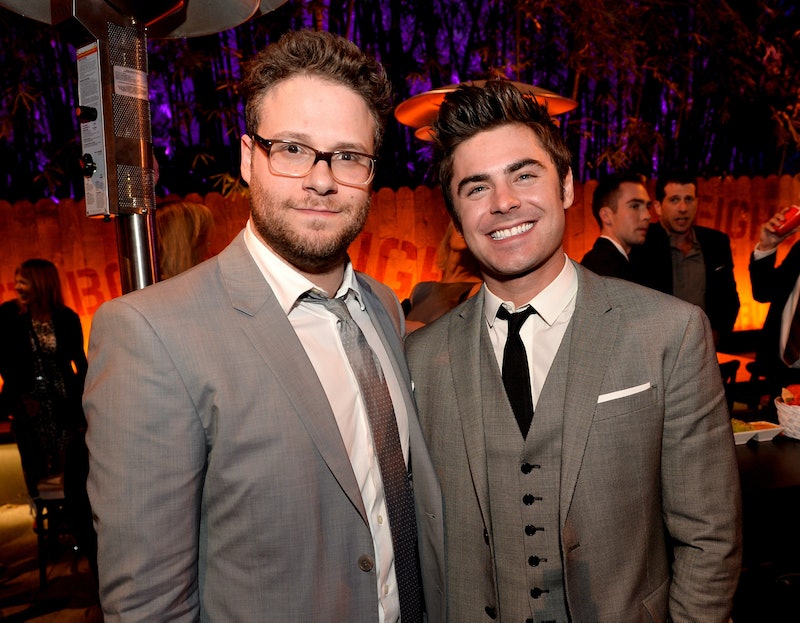 Where's the neighborhood association when you need them? Either those organizations were slacking on the job or they simply didn't exist in the movie Neighbors, because, it they did, I'm pretty sure that the un-neighborly hijinks going on between Seth Rogen, Zac Efron and Rose Byrne's battling characters would have been shut down pretty instantly. However, it's probably a good thing the homeowners association in that film didn't intervene, though, because then there would have been no movie — and there there also wouldn't be a need for a Neighbors sequel. That's right — Neighbors 2 is officially happening, and it's set to hit theaters on May 13, 2016.

According to Deadline, Neighbors 2 will be released around the same time of year as the original, which earned $50 million during its opening, so here's to hoping the formula works again. Also, Rogen, Efron and Byrne are all slated to return, along with writers Andrew Jay Cohen and Brendan O’Brien, who penned the first Neighbors film.

While I was sufficiently entertained by the original and its ridiculously over-the-top antics, I'm really interested to learn more about the new storyline. The first film already made it official that Efron and his faux frat buds played the most convincing roles of fictional neighbors you'd never want in real life, so seriously, what more could happen?

For instance, will another neighbor move in and somehow nix the truce between Efron and Rogen's characters, igniting a new beef? Or will they join forces against a neighborhood newbie? I can't imagine what could top a couple with a newborn duking it out with their obnoxious frat boy neighbors, but if they can't find peace after this go-round, they should really consider moving.